The virus in Italy is finally slowing down, the coming days are crucial in the fight 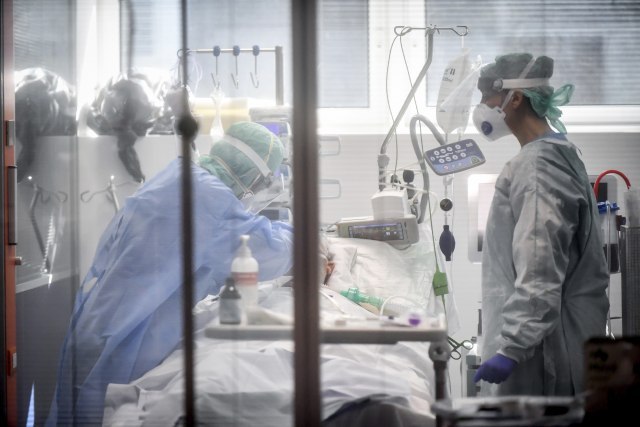 They warned that the coming days were crucial in the fight against coronavirus in that country.

Italy, the first country in Europe to introduce drastic quarantine measures across the territory to prevent the spread of coronavirus, has stepped up control on the streets, with increasing restrictions and penalties for offenders.

"This week and several days after that are decisive, as this is the time period when the measures taken by the Italian government 15-20 days ago are expected to produce results, and it is expected that we see (the new diseased) curve falling faster over the next five to six days, and the number of deaths a few days later", Assistant Director-General of the World Health Organization (WHO) for Strategic Initiatives, Dr Ranieri Guerra, told Italian Radio "Capital".

"The slowing down in the pace of (contagion) growth is a positive factor, and in some (Italian) regions I believe we are getting close to the drop-off point of the curve," Guerra told private radio broadcast Radio Capital, as reported by Tanjug reporter from Genoa.

Up to March 24, at least 5.760 health workers have contracted the virus, according to the latest available data released by Italy's National Health Institute (ISS).

China sent a third team of doctors to Italy as well as medical equipment, and as local media reported, another Russian aircraft with the necessary equipment arrived in Italy to help with the pandemic.

About 76 percent of Italy's population supports the way the country's government fights coronavirus, while the percentage of the population approving measures by their country's government is smaller in France (61 percent) and Germany (58 percent), according to a French survey published in "Le Figaro" daily, and conducted by Kantar Institute.

According to measures put in place by other countries across Europe to prevent the spread of the virus, all citizens must be in their homes except to go shopping, to a pharmacy, to a doctor or to work, with a completed form offering full explanation of the reasons for leaving the place of residence.