Austrian Chancellor Sebastian Kurz pointed out that there is a triple security network in defense of the recurrence of the 2015 migrant crisis. 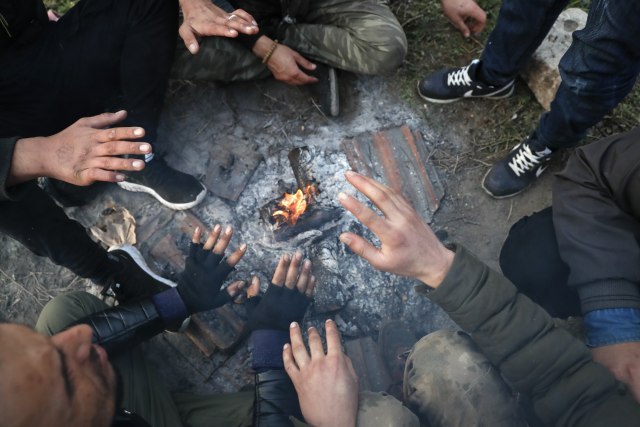 "There is a triple network. The first is that the Greek government, unlike earlier, is determined to defend the external border of the EU. We are in close contact with friends in the Western Balkans, and they are ready, in the event of a Greek border breakthrough, to protect their borders, preventing migrants from passing through", Austrian Chancellor Sebastian Kurz has stated, adding that the Turkish move to open its borders to Europe for migrants was an attack on both Greece and the EU, and his government will not take in new waves of migrants.

"Thirdly, the interior minister is ready to protect the Austrian border from migrant breakthroughs. This is how we prevent a new migrant crisis like the one in 2015", Kurtz said in an interview with the Vienna daily "Kronen Zeitung".

"This is now the trial for the European Union whether the external border defence works or not,” Chancellor Sebastian Kurz said in Vienna.

It came as the EU foreign policy chief and other European foreign ministers were meeting Turkish President Recep Tayyip Erdogan in Ankara to find a solution.

“If the external border protection of the European Union doesn't work, then Europe without internal borders is history," Kurz said.

"This is a Turkish campaign. It is an attack by Turkey on the European Union and Greece. People are being abused in order to put pressure on Europe”, Kurz stated.

He added: "As the European Union, we mustn't be susceptible to blackmail. If the European Union isn't able to defy President Erdogan then we are not only showing weakness but it's also the beginning of the end.”

He added that the surge in migrants from Turkey was the first real test for the European Union on border security since the migrant crisis of 2015 calling it an “organised rush”, but noted that the activity had been solely on the Greek border with Turkey, Kronen Zeitung reports.

The migrants gathered at the Greek border, according to Kurz, are also mostly comprised of migrants who have lived in Turkey for years, rather than asylum seekers fleeing from the Idlib region where Turkey has been conducting military operations.