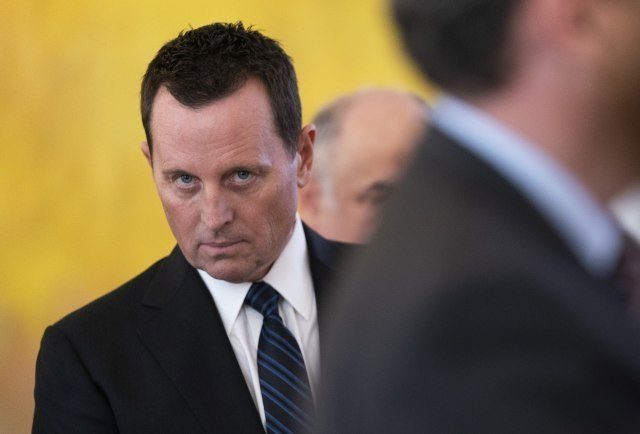 The Daily Wire's information was shared by Donald Trump Junior, and in line with the modern proliferation of official announcements and endorsements - Grenell "approved of it" by retweeting it.

John Ratcliffe arrives at Grenell's place. Grenell had planned to return home in the spring, but agreed to remain in administration, pending the official position of the head of intelligence.

Grenell is also considered Trump's favorite ambassador due to his aggressive approaches to advocating for Trump's interests overseas.

As expected. Thanks for all you do @RichardGrenell https://t.co/HYe35SyH4H