The situation on Greece-Turkey border escalates: Fake news on a Syrian migrant VIDEO

After Turkey announced it was opening its western border to refugees and migrants travelling to the European Union, chaos on the Greek-Turkish border spreads 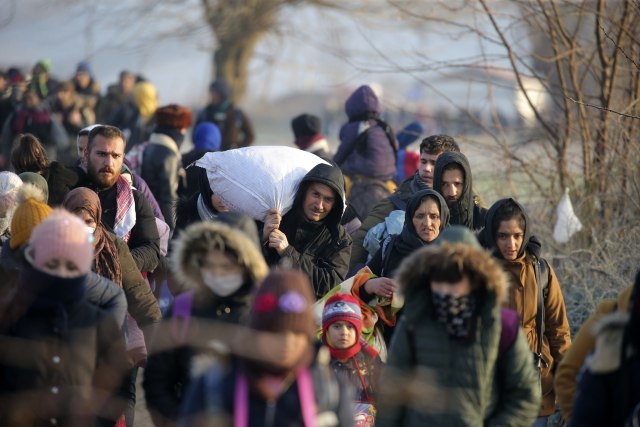 Greek army and police patrols have used tear gas and stun grenades in an attempt to stop thousands of refugees pouring into the country.

Greek media is full of news and footage showing the massive "break-in" of migrants into Greek territory, and therefore the EU. These attempts often lead to clashes with Greek police, and today the news travelled worldwide that Greek police have shot a Syrian, who later died from sustained injuries.

However, Greek officials told the Kathimerini newspaper that it was fake news and that all media should be more responsible in informing the public about what's happening at the Turkish border.

Greece has said that video footage allegedly showing a Syrian refugee shot dead near the Evros border is “fake news”.

“Video showing fatality on Greek-Turkish border is fake news. We call upon everyone to use caution when reporting news that furthers Turkish propaganda,” government spokesman Stelios Petsas tweeted.

The news was originally published by Reuters, citing its sources.

Regarding the increasingly chaotic border situation, the Greek military announced that it would use real ammunition in the area along the Evros River (Maritsa River).

Video showing fatality on Greek-Turkish border is fake news. We call upon everyone to use caution when reporting news that furthers Turkish propaganda. #fakenews #fakeTurkishPropaganda

Things got out of hand at the border pic.twitter.com/89TAdw0jir