It's been confirmed: Chinese Doctor who warned about coronavirus outbreak dies

A Chinese doctor, of whose death contradictory reports have been given today, has died from the effects of coronavirus in the hospital where he was treated 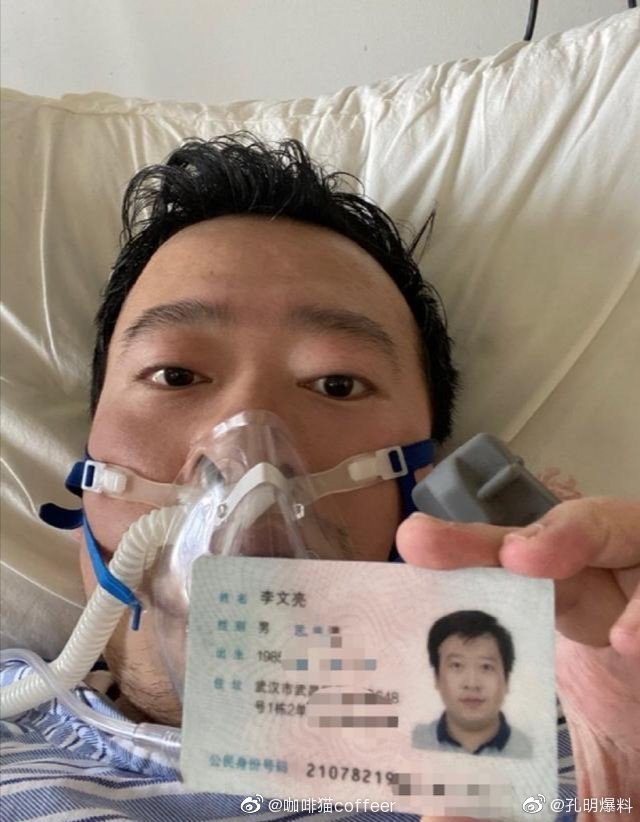 There were rather confused reports by Chinese media that first reported that Li Wenliang, the doctor who first tried to alert the coronavirus, was dead and then that he's in critical condition.

The state daily "The Global Times" reported that Li Wenliang passed away in Wuhan, but later revised the initial report, stressing that he was in critical condition.

Some Chinese and international outlets had reported that Wenliang was dead despite the hospital saying he was in a critical condition.

There had been contradictory reports about his death, but the People's Daily now says he died at 02:58 on Friday (18:58 GMT Thursday).

The World Health Organization also issued a condolence message on Twitter, without specifying the source of the report, then deleted in when it seemed that the doctor was still alive.

It said: "We are deeply saddened by the passing of Dr Li Wenliang. We all need to celebrate work that he did".

The hospital confirmed his death soon after. “We deeply regret and mourn this,” the statement said.

We deeply mourn the death of #Wuhan doctor Li wenliang, who unfortunately got infected with novel #Coronavirus while battling with the epidemic. After all-effort rescue, Li passed away on 2:58 am, Feb. 7. pic.twitter.com/mbYA3wB4pn

Dr Wenliang, an ophthalmologist at the hospital in the center of Wuhan, was punished by police and reprimanded by officials from the provincial health department after he sent a warning in December about seven people with a "mysterious ilness" to an online chat group that included medical students.

He was later summoned to the Public Security Bureau to sign a letter in which he was accused of making “false comments” and was told his warning amounted to “illegal behavior.”

Li had to sign a statement, acknowledging his "misdemeanor" and promising not to commit further "unlawful acts". He was released afterwards.

Li was one of the eight doctors that local police punished for “rumor-mongering” weeks before officials declared the coronavirus outbreak.

He returned to work shortly, only to be hospitalized on January 12. In the following days, Li's condition deteriorated so badly that he was admitted to the intensive care unit, and given oxygen support.

On February 1, he tested positive for coronavirus.

From an intensive care ward, Dr Li told CNN in a text message that he was coughing too much and breathing too poorly to speak over the phone.

The virus has killed over 560 people and infected more than 28,000 people in mainland China, the National Health Commission's latest figures show.