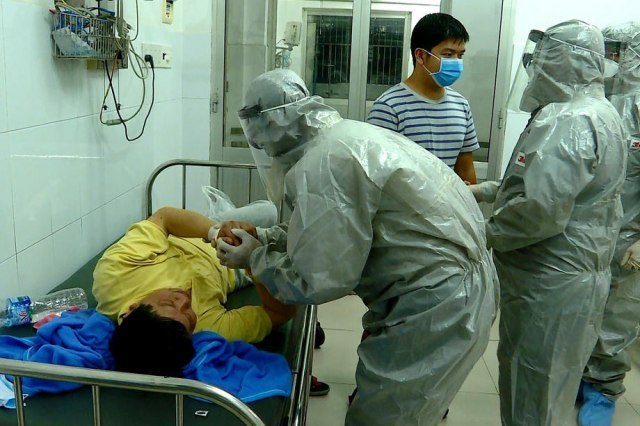 The deadly virus originated from the city of Wuhan, from a wild market, and quickly began to spread first to the city of 11 million people, and then the disease spread to the surrounding cities, but also to neighboring countries.

At least ten cities in central Hubei province have been shut down in an effort to stop the virus, which by Friday had killed 26 people across China and affected more than 800.

As Wuhan virus spreads across the country, China puts more cities on lockdown. The cities of Wuhan, Ezhou, Huanggang, Chibi, Qianjiang, Zhijiang, Jingmen and Xiantao have all been placed under lockdown.

The disease has been confirmed in China's most populous cities of Beijing and Shanghai, as well as in surrounding countries. Outbreaks have also been reported outside of China - in Hong Kong, Macau, Taiwan, Thailand, Singapore, Vietnam, USA, Japan and South Korea, but most of these people are from either Wuhan or have recently been to that city.

The disease has also been confirmed in some patients in Europe.

So far, 25 people have died as a result of the new coronavirus across China and affected more than 800.

However, the World Health Organisation described the outbreak as an emergency for China, but stopped short of declaring it to be a public health emergency of international concern.

Pictures and videos of Wuhan city in lockdown are circulating on internet in China. People of Wuhan are making sacrifices. No matter how all this happened, I want to express my sympathy and salute to them. pic.twitter.com/8iQWj0RQvd

In the meantime, images and videos of people falling and dying on the street infected with coronavirus circulate social media.

#BreakingNews: Chinese hospitals in several big cities are overwhelmed due to #coronavirus outbreak and can’t accept many patients. Some people are falling and dying on the streets. As Wuhan virus spreads across the country, China puts more cities on lockdown. pic.twitter.com/WdfElaRxQ3