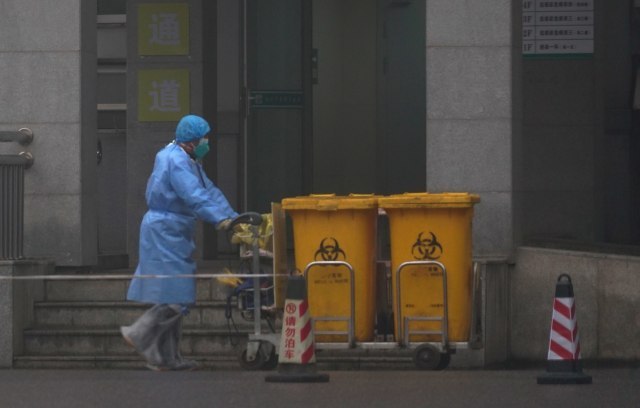 According to the latest information, the number infected with the new type of coronavirus in China has increased to 440, and nine people have died.

The new coronavirus, which causes pneumonia, transmits from person to person, so it is contagious between humans.

It has the ability to adapt and mutate, making it harder to keep an epidemic under control, Chinese health officials warned today.

The bulk of the cases so far are in Wuhan, a central Chinese city of 11 million people. But on Monday authorities confirmed five cases in Beijing and 13 in Guangdong, and beyond China's borders.

The first case was also confirmed in the US, a patient who had recently returned from China and was in good condition after being hospitalized.

One case was reported in Japan, South Korea, and two in Thailand, brought by Chinese tourists from Wuhan.

Countries in Asia and other parts of the world have begun checking body temperature at airports, train stations and highways to detect people who have the new coronavirus.

The measures are part of an effort to prevent a recurrence of the SARS epidemic of 2002 and 2003, another coronavirus that began in China and killed nearly 800 people, paralyzing transport and damaging Asian economies.

The temperature of passengers is checked at the Wuhan airport and everyone working in public services wears protective masks.

At least a half-dozen countries in Asia and three U.S. airports have started screening incoming airline passengers from central China.

However, fear of the epidemic is spreading, and the outbreak has put other countries on alert as millions of Chinese travel for Lunar New Year on Saturday.