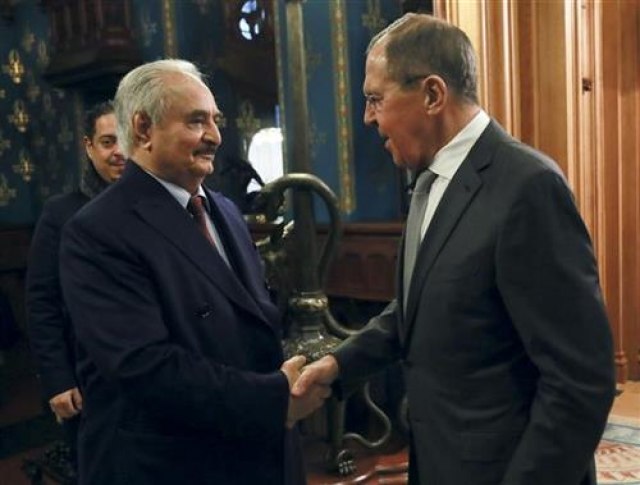 After it was announced that Haftar had left Moscow without signing an agreement on a ceasefire in Libya between forces loyal to Haftar and an official government backed by the United Nations, the NATO bombing of Libya began, said Sergey Lavrov, Russia's Foreign Minister.

According to the world media, Haftar met on Monday in Moscow with Fayez al-Sarraj, the head of the United Nations-recognized Government of National Accord (GNA). They tried, with the mediation of Russia and Turkey, to reach a ceasefire agreement. However, early this morning, it was announced from Moscow that Haftar had left the Russian capital without an agreement.

East Libyan forces, namely the Libyan National Army, headed by Haftar, are trying to seize Tripoli, which is under the command of a government, backed by international forces.

The Haftar forces announced today that they are ready and highly committed to achieving victory.

According to Reuters, after Haftar left Moscow, armed clashes in southern Tripoli began, and in a statement published on local television, Haftar's army declared readiness and commitment to victory.