Russia and China block UN Security Council announcement; US condemns such a move 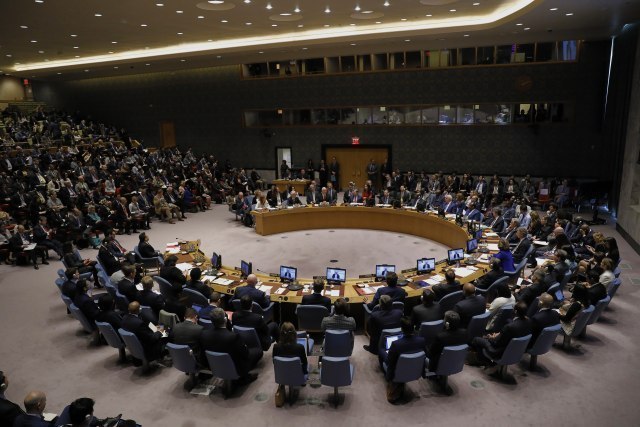 They blocked it because it did not take into account the US airstrike near the ensuing Baghdad airport that killed Iranian General Qasem Soleimani, Russian Ambassador to the UN Vasily Nebenzya said.

He explained that the Security Council announcement was practically ready when the US attack followed on January 3 and it was impossible to be ignored.

The US has sharply criticized Russia and China for preventing a UN Security Council declaration from last month's attack on the US Embassy in Iraq, and said it has called into question the credibility of the body.

The US Mission to the UN said it should not be "controversial or require courage" to point to the host country's obligation, in this particular case of Iraq, to protect a foreign embassy under the 1961 Vienna Convention on Diplomatic Relations.

"The U.S. will not tolerate attacks on U.S. personnel and facilities and will respond decisively to protect its interests, citizens and allies", the statement said.

Dozens of members of legal Iraqi paramilitary formations and their supporters stormed the US Embassy in Baghdad on December 31st. Days later, the United States killed Iranian General Qasem Soleimani, by many the second most powerful man in Iran, at a Baghdad airport in the drone attack. The assassination of Soleimani has led to considerable tensions across the Near East.