According to the first results of the exit polls, the Conservative Party won the most seats in parliament 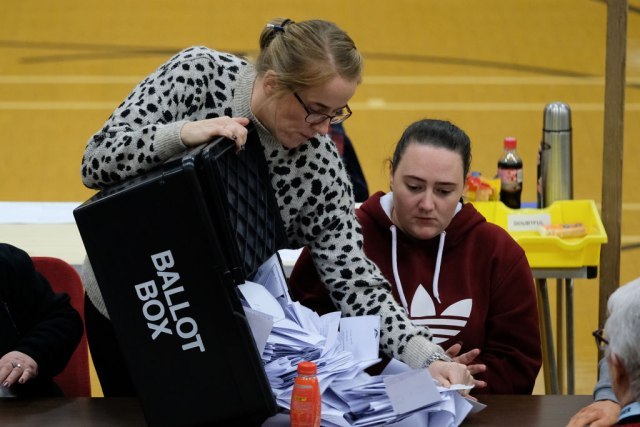 According to the exit poll, Boris Johnson's Conservatives are projected to win 368 seats in the House of Commons, versus 191 for the Jeremy Corbin's Labour Party, BBC reports.

Polling stations are closed at 10 pm local time, with the first official results expected in the next seven hours.

In addition to the Conservatives and Labour, the 650-seat parliament will include the Scottish National Party, known as S.N.P., with 55 seats and the Liberal Democrats occupying 13 seats.

If the results of the exit polls are confirmed, it will be the biggest victory for the Tories in the parliamentary election since the success of Margaret Thatcher in 1979.

If that proves to be historic, that victory will empower Mr. Johnson to pull Britain out of the bloc at the end of January, as he had promised, implementing Britain's exit from the EU, to the satisfaction of 52 percent of Britons who voted for it in the 2016 referendum.

In the last five national elections, only one exit poll predicted the wrong result - in 2015, when it seemed that Britain would get a "hanged parliament" or a minority or coalition government, and in fact then the Conservatives won a majority, gaining 14 seats more than predictions have shown.

British Prime Minister Boris Johnson has told his party members to "enjoy the celebration" after the first exit poll showed his Conservative party was on track to win a majority of seats in the UK-led election tonight.

“I hope you enjoy a celebration tonight,” he said in an email to party members. “You powered this campaign. We couldn’t have done it without you.”

Thank you to everyone across our great country who voted, who volunteered, who stood as candidates. We live in the greatest democracy in the world. pic.twitter.com/1MuEMXqWHq

I promised @UKLabour would run the biggest people powered campaign our country has ever seen.

And you, our members and supporters, have done just that.

You're the heart of our party, and you have campaigned tirelessly to win so we can a build a fairer country.

I thank you all. pic.twitter.com/Pic0pw9FCU