The Swede who returned Nobel Prize she allegedly received, hadn't received it at all?

Fake news that the Swedish physician, who received the Nobel Peace Prize in 1988 as a member of the UN peacekeeping force, returned the award, toured the region 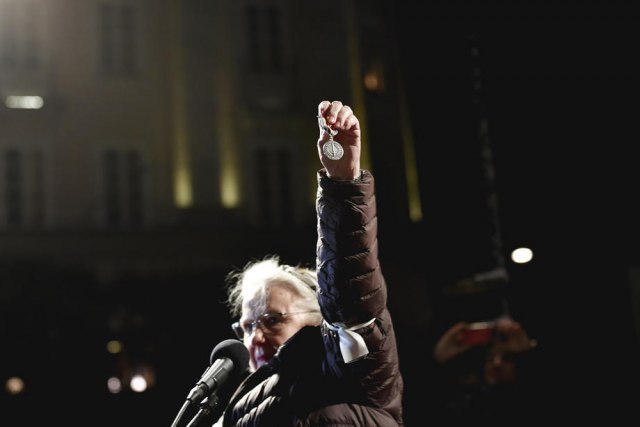 At the moment when Austrian writer Peter Handke received the 2019 Nobel Prize in Literature in Stockholm yesterday, his opponents protested sharply. In a sea of tumultuous reactions challenging the decision of the Nobel Committee, the gesture of a certain Swedish physician, Christina Doctare, stood out.

According to Sputnik, she walked among those gathered outside the ABF Center in Stockholm and with a medal high in her hand, announced the dramatic decision: "I am returning my Nobel Prize!"

Information from the world, regional and domestic media reported that Doctare had received the Nobel Peace Prize in 1988 as a member of the UN peacekeeping force. How accurate is that, Sputnik inquired.

A simple glance at the site of the Nobel Committee says that her name is not on the list of the Nobel Peace Prize winners for that particular year. The award was given to all UN peacekeepers from 1948 to 1988 as a team, a total of more than 500.000 people from 53 countries.