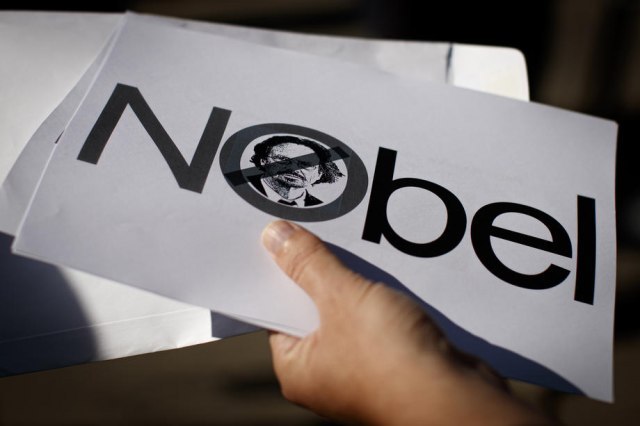 Just to recall, Handke is accused of endorsing Slobodan Milosevic and his politics.

The protests, which will take place around 6 pm in downtown Stockholm, will also be attended by the mothers of Srebrenica and Zepa, as well as the representatives of the Genocide Victims' Association.

Several countries, including Albania, Bosnia-Herzegovina and Croatia, have announced that their representatives will not attend the awards ceremony.

According to TV N1 BiH, American CNN journalist Christiane Amanpour, known for her anti-Serbian rhetoric during the coverage of the war in BiH, tweeted on Twitter: "I was there. We all know who's guilty".

Former United States Ambassador to the United Nations Samantha Power, who also reported for the US media during the BiH war, wrote on Twitter ahead of tomorrow's awards ceremony: "On 7/14/95, I filed a @BostonGlobe story from Sarajevo containing initial reports of massacres in Srebrenica. The world would soon learn the extent of the genocide being committed by Bosnian Serb soldiers, who murdered 8,000 Muslim men & boys. Undeniable fact", Power concluded.

What Handke has to say?

“I would like to meet a mother from each side. A mother from Kravica (a Serb village in eastern Bosnia which was the site of a massacre carried out by Moslem forces) where all the massacres started and a mother from the Srebrenica area. That was my idea, but I think it was slightly naïve. I think it can’t be realized at this moment”, Handke said on Monday for the Republika Srpska state TV (RTRS).

Asked about the moment of him getting the award, implying that the award was two decades late, according to colleagues and acquaintances, he estimated that the Nobel came at the right time. "I don't know why, but I feel now is a good time to get it", Handke said.