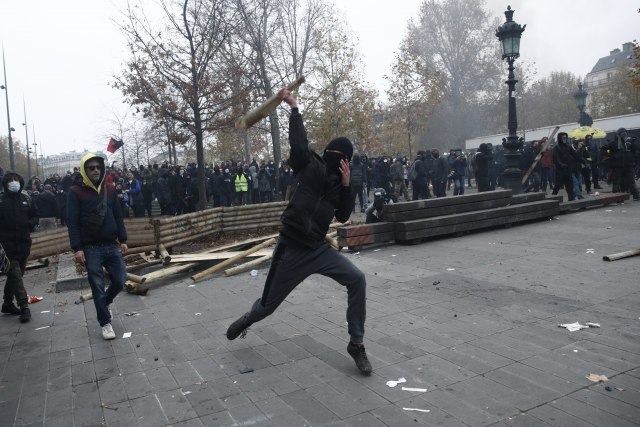 “We’re going to protest for a week at least, and at the end of that week it’s the government that’s going to back down”, a union representative said, as Reuters reported.

The outcome depends on who blinks first - the unions who risk losing public support if the disruption goes on for too long, or the president whose two-and-a-half years in office have been rocked by waves of social unrest.

For the time being, the unions are backed by medical workers, railroad workers and teachers, as well as opponents of the government.

Macron promised in his election campaign to merge the dozens of different pensions' schemes for different employment sectors into one universal system, which opponents say will see certain industries lose out.

Under the current system, there is no fixed retirement age with pensions instead being collected after a minimum contribution period to a pension fund.

Macron's intention is to simplify the pension system, according to which there are more than 40 bases for retirement, and by which, for example, railroad or marine workers can retire 10 years before the average worker.

Macron said the system was not fair and cost too much, which is why the French have to work longer.