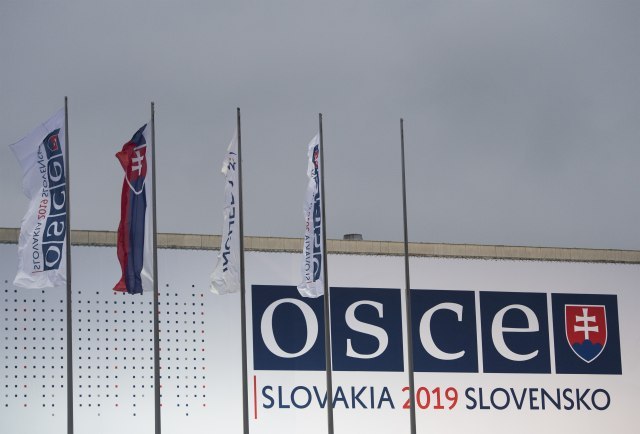 In his informal Bratislava Appeal initiative, Lajcak indicated that the decision-making process today should be based on compromise and at the same time called for increased flexibility and willingness to make concessions.

"This appeal is neither new nor radical. What I am saying is very simple - that this organization is worth fighting for it", Lajcak said, according to an OSCE statement.

The OSCE, he added, has strong principles and commitment that, if implemented, can ensure security in the region. It also has vital traditional and new mechanisms and resources at its disposal.

"We don't have to create anything new, just to take advantage of what exists. And the best way to do this is to move away from a zero-sum game in diplomacy, based on our own political goals, in the direction of dialogue that can lead to compromise. "Failure to do so will be a failure for all of us", the head of Slovak diplomacy said.

He said it is good that more and more leaders are talking on a daily basis about supporting multilateralism, noting that words should be followed by tangible actions.

"Investing in the OSCE - whether political or financial - is one way to do this. We must ensure that this unique dialogue platform has the best possible chance of finding solutions that can make a difference in people's lives", Lajcak concluded.