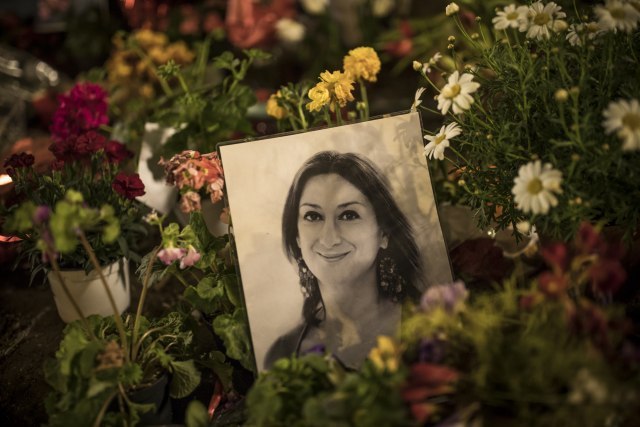 Malta's Prime Minister Joseph Muscat will resign in mid-January, he said in a statement on Sunday, announcing his resignation to the President of Malta in his capacity as the chairman of the ruling Labor Party on January 12, followed by resignation as Prime Minister in the days ahead.

This weekend, sources close to the Labor Party announced that Muscat will leave office in January as soon as the party elects a new leader.

Hours before Muscat's address, thousands of Maltese protested outside a courthouse in the capital, Valletta, requesting his resignation.

"Every single day of these past two years I have shouldered responsibilities and taken decisions. I made decisions in the best interest for the conclusion of the case and I am convinced that some decisions were good while others could have been better," Muscat said in his statement. "The sensations of genuine sadness and anger for this murder are justified," he said. "In the same manner, violence, and disorder, within the pretext of a protest, are not justified in a democracy."

He said that in addition to the three people arrested immediately after the murder of Caruana Galizia as direct perpetrators, there is now someone charged as the main person behind the killing. He was referring to a prominent Maltese businessman, Yorgen Fenech, who was indicted on Saturday evening for allegedly being complicit in the murder and organizing and financing the attack on a journalist. Fenech pleaded not guilty.

Muscat's former Chief of Staff Keith Schembri is linked to the murder. Schembri was among the members of the government who were "affected" by Caruana Galizia's investigative journalistic work. Schembri, who resigned last week, was taken into custody and questioned by police, but later released. He denies that he committed anything illegal.

Daphne Caruana Galizia, an investigative journalist described as a "one-woman WikiLeaks", was killed by a car bomb placed under her car in 2017. Over the last two years of her life, her reporting had largely focused on revelations from the so-called Panama Papers, showing that Panama-based companies owned by the then-energy minister and now tourism minister Konrad Mizzi and Keith Schembri received thousands of euros on a daily basis from a Dubai-based firm for unknown services.

Thousands of Maltese citizens hold candles and sing the national anthem at the conclusion of an emotional and angry rally in Valletta for murdered journalist #DaphneCaruanaGalizia pic.twitter.com/cA6ztkUFqp