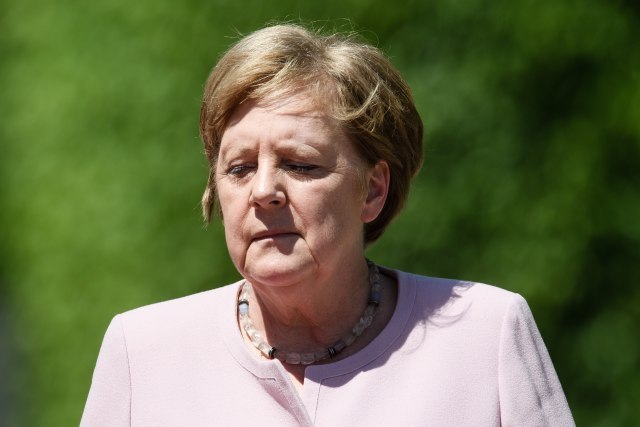 Merkel said that she failed to see the stairs leading to the podium, and she lost her balance, and stumbled onto stage.

OOPS !! #Merkel #angelamerkel #Deutschland
IRON CHANCELLOR'S STAGE FRIGHT
No Shaking in Public This time, But Europe's Most Powerful Leader Failed To See The stairs leading To the Podium on Stage At A Business event In #Berlin. She Laughed It off And Carried On. pic.twitter.com/K7oBDvWkQS

She was forced to remain seated while national anthems were played at various public gatherings over the last few months.

Merkel has suffered no serious health issues since she became chancellor. The center-right CDU politician plans to step down at the next election in 2021, already handing over CDU leadership to Annegret Kramp-Karrenbauer.

Angela Merkel seen trembling again during a ceremony in Berlin, eight days after a similar incident