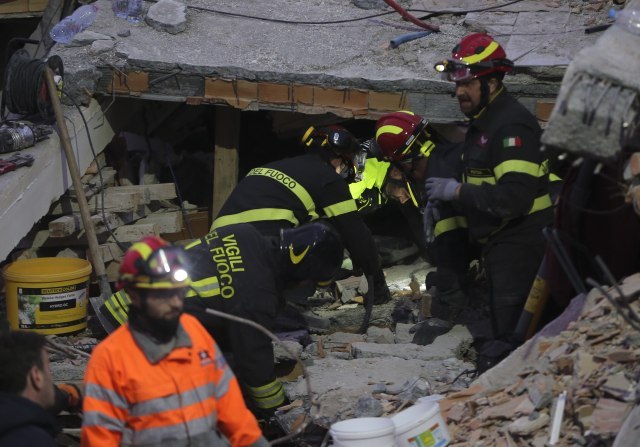 Albanian Prime Minister Eddie Rama announced today that 40 people have been killed since the bodies of six were found in Tuman, northwest of the country and two more in Durres, 33 kilometers west of Tirana, as AP reports.

More than 650 people were injured in an earthquake reaching 6.4 magnitude on the Richter scale. Authorities said a rescue operation in Tumane has ended and it is believed that no more people are buried beneath the rubble of the collapsed buildings.

The rescue operation in Durres has continued.

Montenegro, Serbia, Kosovo, Croatia, Italy, Greece and many other European countries have offered help and assistance to Albania after it was struck by a major earthquake this morning that has left at least 15 dead. https://t.co/q8vttmCp9E

Balkan states show solidarity after the earthquake that hit Albania

The Italian daily "La Repubblica" has noted that this disaster has united the Balkan states, which are otherwise entering into conflicts on various issues.

Although there are divisions and friction among these countries, the Italian daily writes, Albania is said to be an example of pain bringing people together.

Montenegro, Serbia, Kosovo, Croatia, Italy, Greece and many other European countries have offered help and assistance to Albania after it was struck by a major earthquake.

Almost all Albanian media published a photo of Kosovo security forces and rescue team members from Serbia holding hands in search of survivors of the Tumane ruins.

The scene, they say, destroys the soul, but at the same time "inspires hope". "This once again shows that pain unites us despite the created barriers and divisions", Albanian media reported.

For the first time in history a Serbian government squad enters #Albania in the name of peace🙏🏽 Here you can see one soldier from #Kosovo and the other one from #Serbia helping save lifes under the earthquake in Durres❤️ Beyond grateful 🇽🇰 🇦🇱 🇷🇸 pic.twitter.com/kCWj8t7yf6