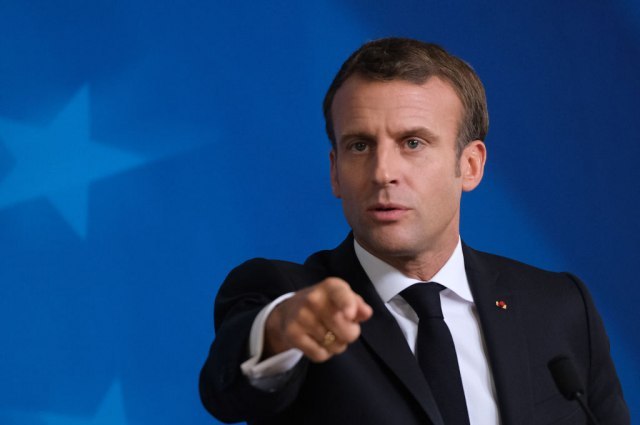 The President of the French Republic is open to the Russian proposal to impose a moratorium on the deployment of short and medium range missiles in Europe, informs the German daily "Frankfurter Allgemeine Zeitung", which had an insight into the letter that the President of France sent to Putin.

As this letter dated October 23 shows, the Kremlin's proposal deserves close examination, Macron says. To this end, the French President suggests that bilateral and multilateral discussions be held with other states.

In late September, a spokesman for Russian leader Dmitry Peskov said that Putin had sent a letter to heads of the "major states of Europe and Asia" pertaining to the problem of medium- and short-range missiles. NATO acknowledged the receipt of the letter, but Alliance leaders did not think the proposal deserved further consideration.

Earlier during that month, a French leader said in an interview with "The Economist" that "NATO has completely lost coordination within the alliance, which can be characterized as experiencing brain death".

The agreement on the liquidation of medium and short range missiles expired on August 2, 2019. It was initiated by the United States, which accused Russia of not complying with the agreement, while Moscow denied all allegations.

Experts fear it could trigger an arms race, Sputnik writes.