At least six people were killed in a powerful earthquake that struck Durres in Albania early this morning. More than 300 people were injured, officials said 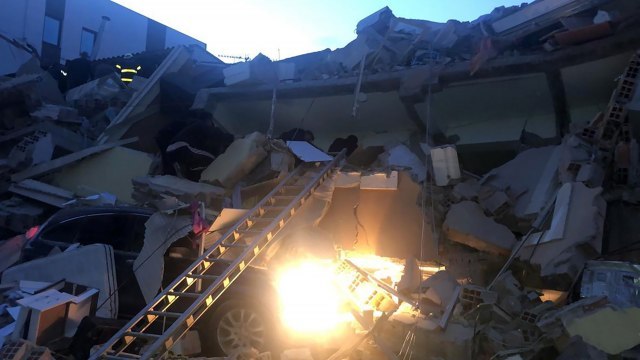 Albanian President Ilir Meta said the situation in that part of the country was "very dramatic".

Meta told reporters in Tumane, 36 kilometers north of Tirana, that every effort was being made to get people out of the rubble. The most critical is currently in Durres, where the bodies of a girl of 10 and a girl of 18 were found.

A ministry spokeswoman said two bodies were pulled from a demolished building in Durres, AP reports. A total of three casualties have been reported in Durres so far, two were found in Tumane and one in Kurbin.

The health ministry said 300 people were injured so far in the three cities, and that their number keeps growing.