Powerful earthquake with a preliminary rating of 6.4 magnitude struck Albania 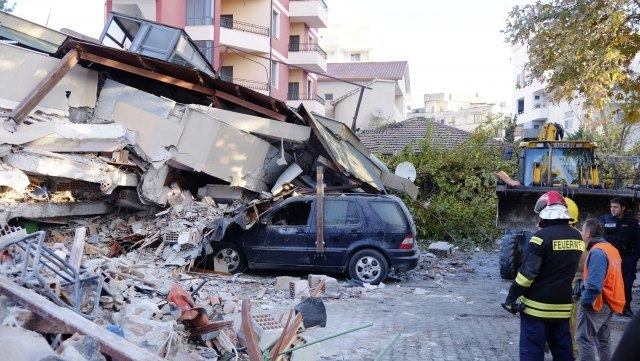 The epicenter of the first powerful earthquake was near the Albanian town of Durres, at a depth of about 20 kilometers and occurred about four o'clock this morning. A series of subsequent earthquakes of about 5 degrees Richter ensued, and the next even stronger than the first earthquake hit the same area at 7.10.

The magnitude of that earthquake was 6.5 degrees Richter.

So far, it is known that at least three people have been killed and over 150 injured. The health ministry has confirmed that at least 325 people were injured in the earthquake. The numbers are not final because the buildings have collapsed and lots of people are trapped under rubble.

Albanian Prime Minister Edi Rama has arrived in the most seriously hit port city of Durres this morning.