"They're trying to stop me, but I'm fighting for you, and I'll never let that happen"

This is the single greatest scam in the history of American politics, US President Donald Trump said on the occasion of the start of public impeachment hearings 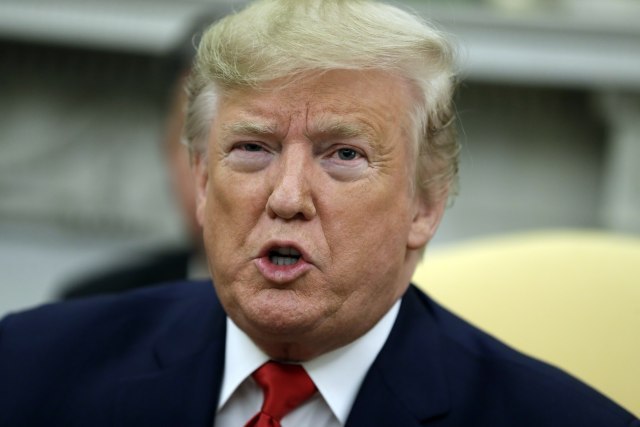 BBC reports that Trump had addressed the media in the Oval Cabinet at the press conference in the course of his meeting with Turkish President Recep Tayyip Erdogan.

The US President has again dismissed the impeachment inquiry as a "witch-hunt" and a "joke".

"I am too busy to watch 'sham' impeachment hearings, This is a witch-hunt, this is a scam, there is nothing to it", he concluded.

Just to reiterate, the first public hearings started today in the lower house of Congress, the House of Representatives, in the impeachment inquiry of US President Donald Trump.

A vote to impeach only needs a simple majority to pass and if it does, the process then moves to the Senate where a trial is held.

Top US diplomat in Ukraine William B. Taylor, and Deputy Assistant Secretary of State for European and Eurasian Affairs, George Kent, are among the witnesses of the hearing.

"They're trying to stop me, because I'm fighting for you. And I'll never let that happen." — President @realDonaldTrump pic.twitter.com/ch0N1SWShe