Political crisis in Moscow is not over after the local elections. Opposition protests seriously undermined the ruling party United Russia. All eyes are at Putin 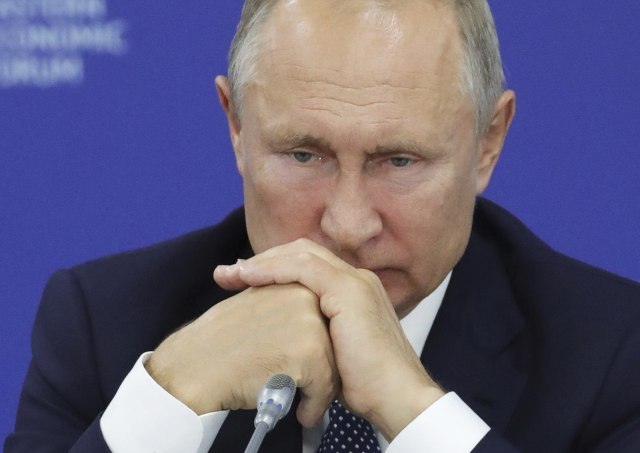 Yegor Zhukov, Moscow student, published a video-blog on August 1st, depicting how the members of Russian security services had taken up all the power in Russia, using protests re: local elections as an excuse.

"Russia will inevitably be free, but we may not experience it if we let fear win, because when fear conquers, silence ensues ... silence disturbed by the squeaking of the black police van's brakes and the deafening doorbell, which divides life into the before and after", he wrote, as Podgorica Vijesti reported.

Eight hours later, in the middle of the night, police rang the doorbell. He sent another message: "They came for me." He was taken away after hours and charged with involvement in "mass riots" during summer protests. The charges were fabricated. Not only were the protests peaceful, but Zhukov was also misidentified in a recording used by police.

But his arrest, as well as the arrest of numerous other activists, was not accompanied by silence. Students and academics signed open letters, bloggers and rappers came to support him in court, and at the next major protest on August 10, about 50,000 people took to the streets. Zhukov was released and remained in custody after a month in detention, with the original charge reversed to a somewhat milder degree for "extremism".

Putin's running out of non-violent methods

Britain's "Economist" writes that protests in Moscow have shown that Russian President Vladimir Putin is running out of non-violent means of maintaining power. However, they also showed that ordinary Russians were no longer prepared to suffer terror and that this change in the mood of the people made it difficult for the Kremlin to terrorize them.

The current crisis has been fueled by authorities' fear of losing local elections in Moscow, according to the British newspaper, adding that for many Russians, those elections turned into a battle for the Kremlin itself.

Authorities were initially quite restrained. However, when several tents were spread out in the center of Moscow, officials feared it could be the beginning of a Ukrainian-style rebellion, so they sent special units.

They beat unarmed protesters, including women, and arrested about 1,400 of them. So what began as a protest against electoral fraud, turned into a human rights movement.

One poll showed that 41 percent of Russians, and half of the Moscow residents, thought the use of force was excessive and cruel, while 32 percent said it was justified. The Economist states that many people who once considered the state a guarantee of stability and growth, now see it as a threat.

The police carried out mass raids yesterday. This time, the target being supporters of Kremlin critic Alexei Navalny throughout the country, which is described as the largest showdown of its kind in Russia's modern history.

The operation, involving more than 1,000 officers in at least 200 individual raids and ostensibly in connection with money-laundering charges Navalny says are politically motivated, was carried out across 40 Russian towns.

“Putin is very upset,” Navalny said in an online video. He said the raids were larger than any operation Russian law enforcement agencies had ever carried out to tackle corruption, drug-smuggling or terrorism. “It’s clear that only Putin himself could give the order for such a large-scale operation”, he said.