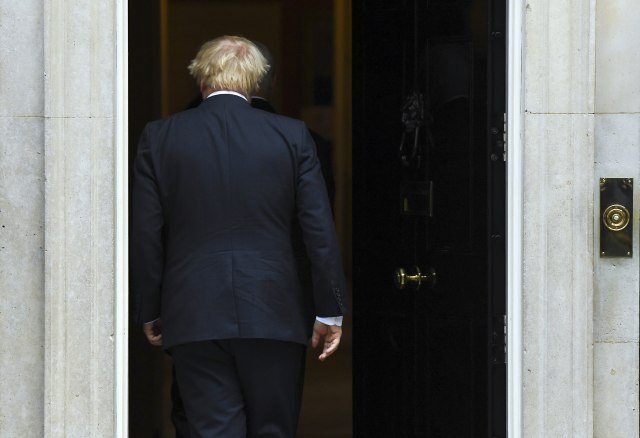 As Index.hr carried, Johnson's advisors had a meeting on Sunday to discuss the ways in which they could prevent British parliament form imposing three-month Brexit extension if they do not strike a deal with EU.

According to "Daily Telegraph" report, Johnson's plan envisages sending an accompanying letter alongside the request, setting out that the Government does not want any delay after October 31. Two ministers claim that Prime Minister is determined to "stick to the plan" on Brexit on October 31, with or without a deal.

British finance minister Sajid Javid said on Sunday Prime Minister Boris Johnson will not ask for a Brexit delay at an EU summit next month, but will instead press to secure a deal to smooth Britain’s departure from the bloc. “First of all, the prime minister will go to the council meeting on the 17th and 18th (of October), he’ll be trying to strike a deal. He absolutely will not be asking for an extension in that meeting,” Javid told the BBC.

French Foreign Affairs Minister Jean-Yves Le Drian said for Radio Europe 1 that the situation is "very disturbing" and that "British should decide what they want".