India's government has proposed revoking the special constitutional status of Kashmir, which represents "an explosive decision" in the disputed region 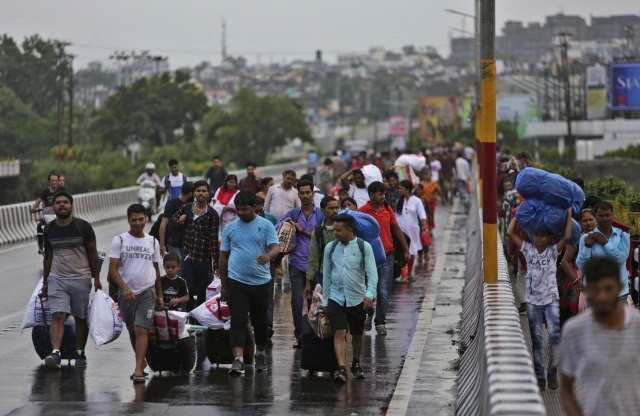 Hindu nationalist authorities made Presidential Decree which abolishes Special status of the state Jammu and Kashmir, guaranteed under Indian Constitution.

Home Minister Amit Shah introduced the measure in parliament despite massive protests from the opposition. He said it would become law as soon as it was signed by the president.

Article 370 allows the Indian state Jammu and Kashmir to have its own constitution, a separate flag and independence over all matters except foreign affairs, defense and communications.

The government had decided to split the state into two union territories: Jammu and Kashmir, which will have a legislature while Buddhist-majority Ladakh will be ruled directly by the central government without a legislature of its own.

The announcement could define Narendra Modi’s legacy as prime minister, who won his second mandate on the elections held recently.

Public meetings have been banned in the state, with mobile networks and the internet also restricted in the Srinagar Valley that has been occupied by the members of military and paramilitary units visible on the streets.

"Today marks the darkest day in Indian democracy", tweeted Mehbooba Mufti, Jammu and Kashmir's former Chief Minister. She claims that the government's decision to scrap Article 370 is "illegal" and "unconstitutional", which will make India an occupational force in Jammu & Kashmir.

Kashmir is claimed by India and Pakistan in full and ruled in part by both. An insurgency on the Indian-administered side has been ongoing for three decades, and it is estimated that sixty-eight thousand of people have been killed in those conflicts.