"Europe is being rapidly, radically and fundamentally balkanized"

Europe is being rapidly, radically and fundamentally balkanized, says Dzevad Karahasan, a writer from Bosnia-Herzegovina, in an interview for Radio Free Europe 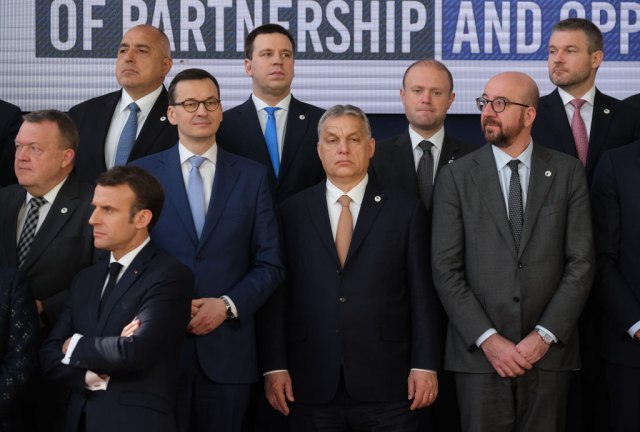 According to him, what we have today in Europe hardly has anything to do with civil democracy that was introduced after the World War II.

"In Hungary, Italy, France, Austria, the Netherlands, we have those charismatic leaders and an autocratic rule of those leaders, instead the rule of political parties. Namely, in Austria, Sebastian Kurtz enters into election round with the list named Kurtz, while the Austrian People's Party is mentioned only along with his name. Orban constitutes his own party. In France, Emmanuel Macron has political movement En Marche!, winning the elections. I regret to say this, sirs and madams, but civil democracy should present the rule of parties and their respective programs, not the rule of leaders. So, it is evident that in the Western Europe, we witness political scene that hardly resembles civil democracy", Karahasan concludes.

Additional problem stands in the fact that "those charismatic leaders have no charisma or positive programs".

"All they have to offer are negative programs, they expand fear and promise to protect people from unknown dangers. So it happens that Kurtz will save Austrians from the Islam which has never threatened it, Macron will save Frenchmen from the poor fellow citizens, while Orban will save Hungarians from everything. Well, good policy cannot be built on such wrong foundation", Karahasan pointed out.

He added that since the beginning of 21st century, the West systematically produces diverse forms of intimidations. The economic crisis threat, climate change threat, Islam threat, dictatorship threat... "Scared people do not make society, frightened people transform into a mob," he said.

Karahasan is a member of the Academy of Sciences and Arts of Bosnia and Herzegovina and German Academy for Language and Literature, and he was awarded honorary doctorate degree at the University of Basel.

He held lectures at universities in BiH, Germany and Austria, while his books have been translated into twenty languages.