"Pranksters" published details of interview with Zaev: What he said on Vucic...VIDEO

The interview of Russian pranksters with Macedonian Prime Minister Zoran Zaev caused a real earthquake on the Balkans. Sputnik published conversation with them 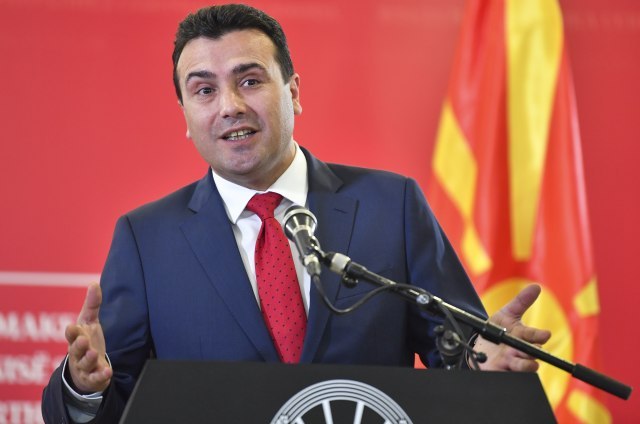 On behalf of Poroshenko, "Pranksters" told Zaev that Macedonia has "excellent chances" and "can start the process" of becoming autocephalous. It is stated that the realization of "this condition, among other things, can also help." They suggested "discounted sum". "I had paid more than USD 150.000",Poroshenko said.

There were also words about Kosovo, the division of the territory, and the Serbian President Aleksandar Vucic and Kosovo's Hashim Thaci were also mentioned. Zaev was worried about the exchange of territory and Vucic being "a Russian man". Zaev tried to deny everything he had said the previous day, though he admitted that he talked to "pranksters". As he said, after publishing this conversation on social networks, he had to call both Thaci and Vucic and explain to them what actually happened and what he actually wanted to say.

What the "prankers" say

Sputnik interviewed two "prankers", Vovan (Vladimir Kuznetsov) and Lexus (Alexei Stolyarov), who said that nothing from the published footage was changed.

"We did not change the text, we just published what he said," If we listen to the video, we hear the word donation. "He was not surprised that he only had to pay US$ 100,000 and that this would guarantee the autocephaly of the Macedonian church. He just needs to do it. Moreover, if I bring a friend, the price will be reduced to USD 100.000. That's true. I do not know what he understood, but it was so."

Asked about Zaev talking about Serbia and Kosovo, one of them says: "As for Kosovo, he was concerned about the plans for the exchange of territories, the northern part of Kosovo and the territories that the Albanians wanted to take for themselves." He was concerned that Serbia plans to execute Putin's plan, and he told us that he complained about this to Michael Pompeo. As for relations with Vucic, he publicly said that Vucic was under the control of Russia and that it is not surprising".

They say that they spoke with the Prime Minister of Northern Macedonia at least five times a year.

"Initially, when we started talking to him, we thought it would be just one conversation. As a rule, our game does not last long. We thought that he will only tell us about relations with Russia and about interference in Macedonian internal affairs. Back then, current issues were referendum related and the expulsion of our diplomats, and we thought that one call would be enough, but he immediately started to complain about his internal problems, which we did not expect. He started to talk about how Russia and other countries treated them bad, which of course surprised us and we decided to keep in touch. We maintained informal relations. "Sometimes he gave us a call and sometimes we called him," they said, adding that they even exchanged photos.