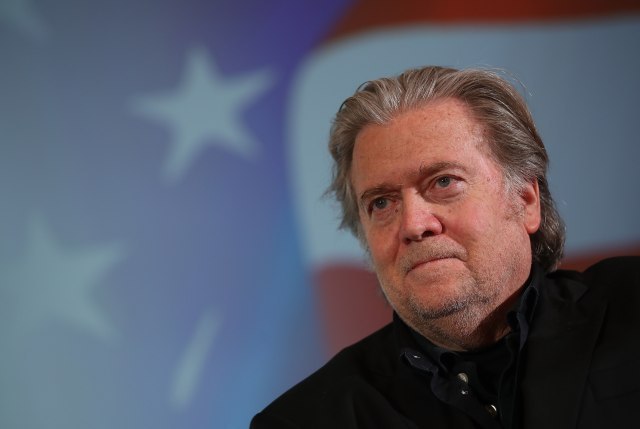 Former White House strategist Steve Bannon told this to the AP in Monday.

Bannon thinks Europe's center is imploding and that traditional right-left politics are being replaced by a battle between "nationalist versus globalist" forces.

People are taking their countries back, he said.