Pope to refugees: You bear cross of humanity

Pope Francis visited on Monday a refugee center in Bulgaria, where he told refugees that they bear "the cross of humanity." 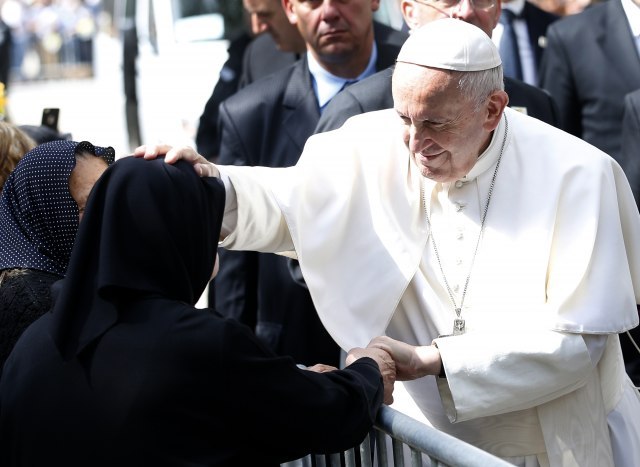 The pope met with refugees in the center in Vrazhdebn after he called on the Bulgarian government, skeptical toward migrants, not to close their eyes before their suffering, the AP reported.

Children from Iraq, Pakistan and other countries sang and draw for the pope during his visit to the center, which was opened in one school after it was renovated with the help of EU funds.

Human rights groups and the European Council have criticized the Bulgarian government for their attitude towards asylum seekers, especially toward unaccompanied minors.

The Bulgarian government has called for the closure of EU borders for migrants and has installed barbed wire barrier along the border with Turkey.