Help in Kosovo dialogue is welcome - "but Mogherini stays"

Federica Mogerini remains the only mediator in the dialogue between Belgrade and Pristina, a spokesperson for the EU foreign policy chief has said. 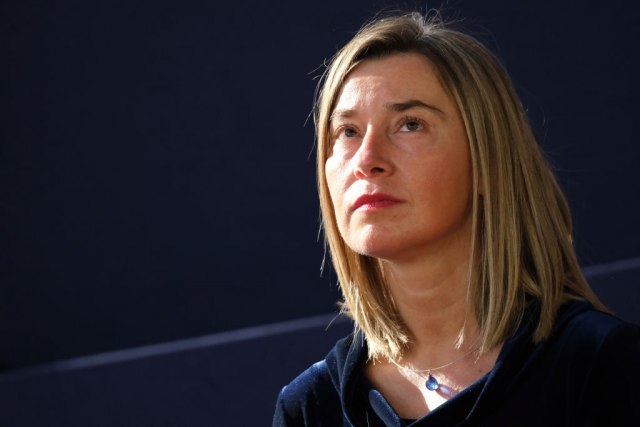 Speaking for Belgrade's Vercernje Novosti daily, Maja Kocijancic made the comment after it has been hinted that Germany, and France, in particular, could assume an active role in the process.

Kocijancic said that "any engagement in support of the EU-facilitated dialogue, including a possible new meeting, is welcomed," and emphasized that Mogherini was "carrying out her mission."

"Our contacts are continuing. For example, the high representative (Mogherini) will participate in a Brdo-Brijuni meeting in Tirana on May 8-9, and she is ready to convene the dialogue once again. It is also clear that the Kosovo government should abolish tariffs (on goods from central Serbia) to enable for a quick renewal of the dialogue," Kocijancic is quoted as saying.

Referring to the meeting held in Berlin last week, Kocijancic stressed that this gathering provided an opportunity for an informal exchange of views that was "open and frank."

"The meeting also gave an important signal for the involvement of the two (EU) member states, Germany and France, along with others, to continue to, with more commitment, support the dialogue between Belgrade and Pristina," she said.