"We're on right track, no turning back"; one dead in Caracas 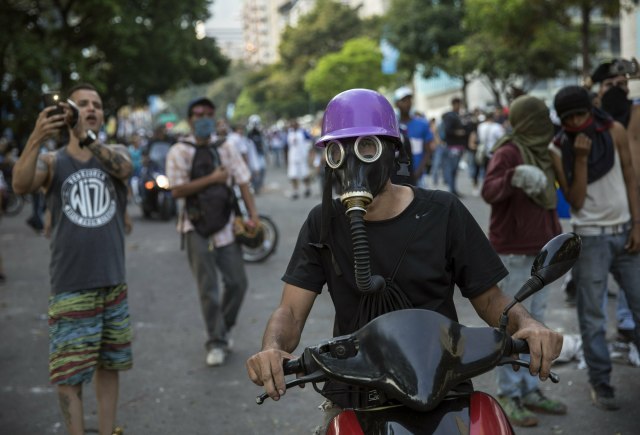 The self-proclaimed president, and leader of the Venezuelan opposition Juan Guaido told his supporters during the protest that demonstrations were "an irreversible process" and would continue each day "until freedom is achieved."

"We're on the right track, there is no turning back," Guaido said, according to the BBC reported.

He announced that a series of strikes will start, which would ultimately lead to a general strike, according to the British public service.

"If the regime thought we had reached the maximum pressure, they cannot even imagine how much we can take," Guaido told the crowd.

At the same time, pro-government demonstrations took place in Venezuela's capital, which President Nicolas Maduro says are organized on the occasion of International Labor Day, May 1.

In a televised address, President Maduro previously described Guaido's supporters as "a small group" whose plan had collapsed, while the opposition leader repeated calls to Venezuelan citizens to come to the streets to complete what he called "the last phase" of his efforts to overthrow Maduro.

As opposition supporters clashed with the police on Tuesday 69 people were injured, two of whom from firearms, the BBC reported, citing authorities, while Reuters said that 100 people were injured in the clashes. The BBC also said that woman died during street protests.