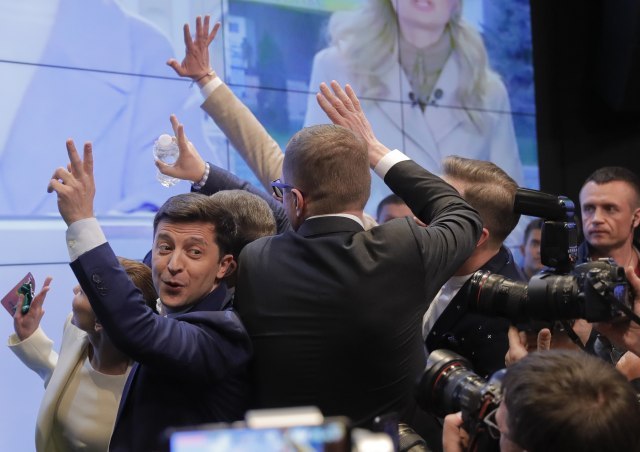 However, according to Sputnik, Zelensky, who has not even yet taken office, has already "fired" shots across Russia's bow by saying his first task as the new president of Ukraine would be to secure the release of military prisoners who have been in Russian custody after the Kerch Strait incident last year.

At the same time, a senior representative of Zelensky's election headquarters told reporters that relations with Moscow would be a priority for the new presidential administration, although he could not specify who would be in charge of this.

Zelensky said that although he is still not officially president, he can speak as a citizen of Ukraine, suggesting that his convincing victory could serve as a model for other former Soviet states that want to move on from old politics.

Otherwise, the Ukrainian comedian won 73.09 percent of votes in the second round of presidential elections held on Sunday. This result is based on 80 percent of the votes counted, the Ukrainian Central Election Commission has announced.

Voter turnout in the second round was 62.07 percent, the commission said.