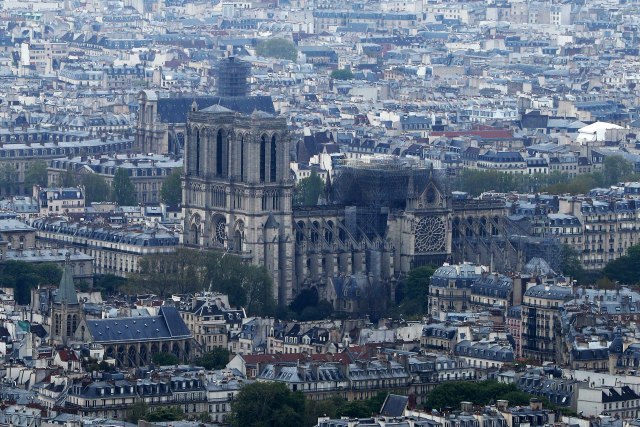 Mondoloni said they presented the fire as punishment for raising the Kosovo flag on the cathedral on the anniversary of the end of World War I.

But the ambassador also "thanked the authorities and citizens of Serbia for their messages of support," Beta agency has reported.

Mondoloni told journalists in Belgrade that the negative commentary had struck him deeply and that he had only contempt for people who said things like that.

"For me this is not the Serbia that I have come to know and love in the last 18 months since I have been here. I think that the people who do that, pretending to defend their country, are in fact doing a lot of damage," Mondoloni said.

He added that Serbian President Aleksandar Vucic, Prime Minister Ana Brnabic and many members of the cabinet, as well as Serbian citizens had sent their sympathies and solidarity throughout the night.