Venezuelan opposition leader Juan Guaido, backed by the United States and Western countries, is urging the population to prepare for the "Operation Freedom." 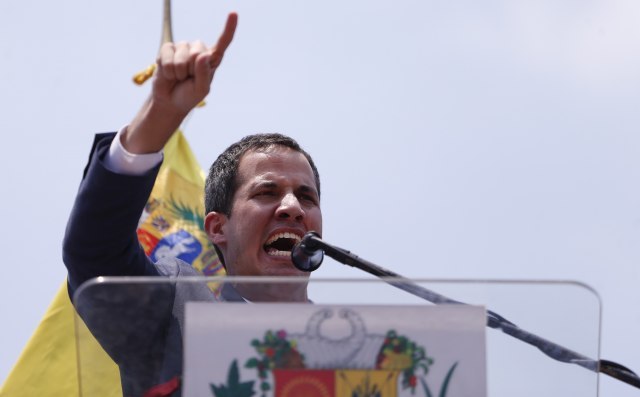 He called for an action that would lead to seizing power in Venezuela after the global media reported that two Russian military planes had landed at the airport in Caracas during the weekend.

"It's time to prepare for Operation Freedom and putting maximum pressure on the government to finally end usurpation. Everyone, absolutely everyone has a role in this phase of our fight," Guaido posted on Instagram, TASS is reporting.

"They will be given the task of promoting activities aimed at ending usurpation in every region, sector, trade union, educational institution, government body," he wrote on this social network.

The Russian agency recalls that the opposition leader, whose term as speaker of the Venezuelan parliament was terminated by the Supreme Court on January 23, declared himself as Venezuela's provisional president during a rally in Caracas. Current president Nicolas Maduro, who is backed by Russia, said this was a coup attempt.

Sputnik is reporting that two Russian planes landed at the main airport in Caracas on Saturday, allegedly carrying dozens of soldiers and a large amount of equipment, with the task of "completing technical-military contracts."

The BBC is reporting about a post on Twitter by Venezuelan journalist Javier Mallorca, who wrote that he saw "about 100 members of Russian troops and about 35 tons of equipment unloaded from the aircraft."