"West continues to cover up its own, and KLA crimes"

Russian Foreign Minister Sergei Lavrov says that Western countries are covering up the crimes committed during NATO's military operation in Yugoslavia in 1999. 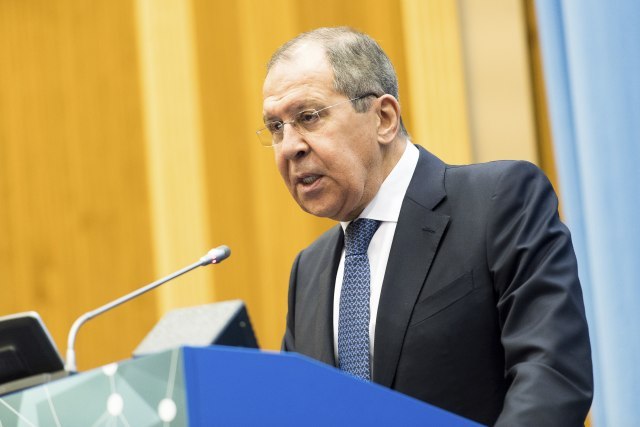 Tanjug reporting this citing TASS, which noted that Lavrov said this in Russia broadcaster NTV's "U-Turn Above the Atlantic" documentary.

He was speaking about the possibility of an international investigation into whether NATO representatives are responsible for civilian deaths, strikes on civilian facilities and the use of depleted uranium munitions during bombing of Yugoslavia (Serbia and Montenegro).

"I think the West has been and will continue doing everything possible to prevent it from happening. As for the banned munitions, the Serbs are conducting an investigation. Once it is over, we will see what can be done to make sure that this crime doesn’t go unpunished. I would like to reiterate, I don’t see any chance that international agencies that involve the West and where Western votes count will go for it. They will make every possible effort to prevent it," Lavrov said.

He pointed out that in 2010, Swiss lawmaker Dick Marty published a report, "which contained horrifying information about the crimes of the Kosovo Liberation Army militants, who abducted people for organ trafficking purposes."

"The West had to make the Kosovo authorities give their consent to establish a special court to investigate the crimes mentioned in the report. An American national was appointed as the court's prosecutor. However, the court stopped operating several years ago," the Russian foreign minister is quoted as saying.

"Since then, new prosecutors have been appointed twice, the incumbent one is American, but not a single charge has been brought. I doubt there is any clear investigation underway. So Western countries will continue to sweep those facts under the rug that prove they and their underlings are involved in crimes against humanity," Lavrov emphasized.

According to the Russian foreign minister, NATO's bombing campaign was a flagrant violation of international humanitarian law. "One time NATO airstrikes hit a passenger train crossing a bridge. And its attack on a television center (RTS) is entirely unacceptable," he said.

Lavrov also said that the 1999 massacre in the village of Racak in Kosovo - which prompted NATO to start talking about the need to use force in Yugoslavia, had been "a deliberate provocation."

"It was not a reason but an artificial excuse. It has long been known that it was a provocation. The killed civilians turned out to be militants from the so-called Kosovo Liberation Army, who had been told to wear civilian clothes. Unfortunately, then OSCE mission chief William Walker was the one who organized that provocation. When he arrived at the scene and saw dead bodies in civilian clothes, he said right away that an act of genocide had taken place there," Lavrov said.

The Russian minister said that Western countries "first started to change international law when they started bombing of Yugoslavia in 1999" and recalled that Russia, China and non-permanent members of the United Nations Security Council Argentina and Brazil in the most active way, opposed plans and demands for the use of force.

According to Lavrov, "nothing could stop the Americans."

"They had made this decision this long before and sought the blessing of the Security Council. But when it became clear that this would not succeed, they carried out a unilateral aggression on a sovereign state, violating the UN Charter and the principles of the OSCE, and disturbing the entire world order established after the Second World War," Lavrov said.

In the same documentary, released days ahead of the 20th anniversary of the start of NATO's attacks on Serbia, Lavrov assessed that the western military alliance's air strike against the Chinese embassy in Belgrade on May 7, 1999 may have been intentional.