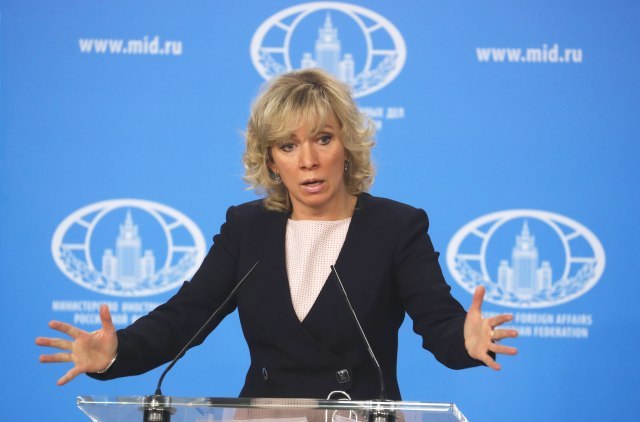 According to Zakharova, there was a hysterical campaign in the western media that went on for months, focusing on alleged mass oppression of (Kosovo) Albanians - while glossing over the terrorist activities of "Kosovo fighters, and their crimes, including the kidnapping of people for the purpose of illegal organ trafficking."

Sputnik reported this on Friday.

"No thriller can compare to the horrors that were happening in those areas," the spokeswoman said.

Zakharova added that the (stated) reason for the bombing was "the killing of civilians in Racak, something reported by about every last Western media outlet, and all structures of NATO and the EU - although it turned out that those were not civilians at all, but Kosovo fighters (KLA members) dressed (in civilian clothes)."

"The result of this propaganda campaign - armed aggression against a European state (Serbia) and factual alienation of a part of its territory (Kosovo and Metohija) through the use of military force. It was in 1999 that NATO buried international law in Europe," Zakharova stressed.

After these events, any claim by Western countries that propaganda is used somewhere, or that freedom of expression is not respected, can be regarded as "blatant hypocrisy," Zakharova concluded.