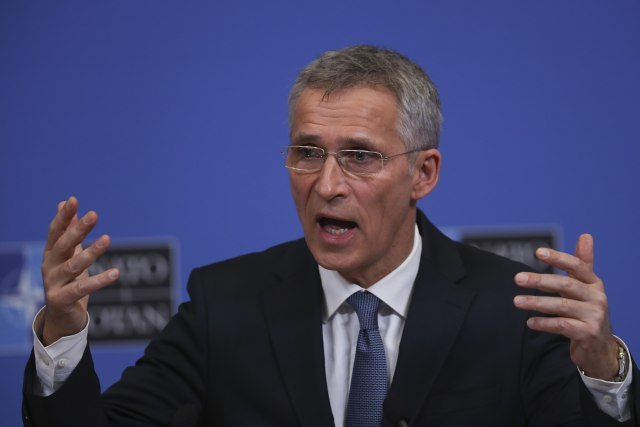 He added that there was also dissatisfaction about "the untimely decision on the transformation of the Kosovo Security Force (into an army)."

They have made it clear that the security forces in Kosovo must respect international obligations, including the Brussels agreement, which supports means they will not move in the North of Kosovo "without the consent of NATO and KFOR" - Stoltenberg told a press conference in Brussels ahead of a two-day meeting of the organization's defense ministers.

Stoltenberg announced that NATO defense ministers will discuss the situation in Kosovo on Thursday in Brussels and the engagement with the Kosovo Security Force.

"We have not made a decision yet, but we have said that we will assess the level of NATO engagement becazuse several allies think that the decision to transform KSF into an army came at a wrong time, and several of them are disappointed with the taxes," said Stoltenberg.

NATO Secretary General says that regardless of the discussion about "the level of engagement with the KSF", the basic mandate of KFOR in Kosovo will not change.