20 years ago today, a peace conference on Kosovo and Metohija began in Rambouillet, near Paris. 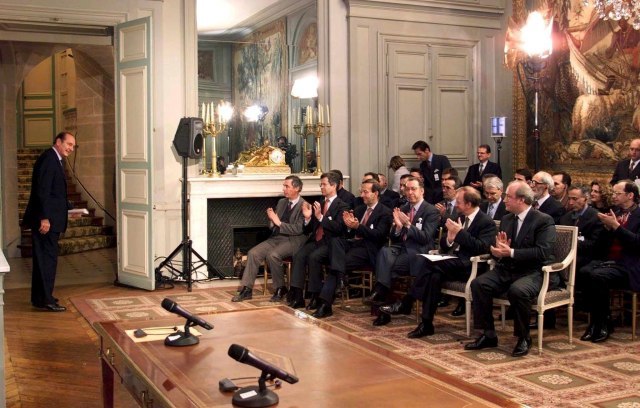 The epilogue is known - after 17 days of negotiations that failed, on March 24, 1999, NATO started bombing the Federal Republic of Yugoslavia (consisting of Serbia and Montenegro).

The talks were attended by representatives of Yugoslav authorities and of Kosovo Albanians, with the mediators from the United States, Russia and the EU - Christopher Hill, Boris Mayorski and Wolfgang Petritsch.

The beginning of the conference was preceded by the months of US "shuttle diplomacy," followed by the announcement of a peace treaty proposal, whose content was met with serious objections both by Belgrade and by Kosovo Albanians.

According to the general assessment, the ambitiously imagined and pompously announced peace conference in the French castle was scheduled too early and without adequate preparation, and was destined to fail.

"The Rambouillet text, which called on Serbia to admit NATO troops throughout Yugoslavia was a provocation, an excuse to start bombing. Rambouillet is not a document that an angelic Serb could have accepted. It was a terrible diplomatic document that should never have been presented in that form," former US Secretary of State Henry Kissinger wrote in London's Daily Telegraph in June 1999.

The Kosovo Albanian delegation - to everyone's surprise but with great US support, led by then little-known "guerrilla chief" Hashim Thaci - accepted in principle a proposal for a settlement agreement on the Kosovo crisis proposed by the Contact Group.

The main reason for the Albanian consent was the enormous pressure from the United States, but also the fact that Serbia had previously rejected Hill's plan for resolving the Kosovo crisis.

The Serbian government's delegation also accepted the proposal in principle, but with the condition that the passage through the country of NATO troops should not be allowed, and that international forces in Kosovo should be under the United Nations umbrella.

The next round of negotiations on Kosovo began on March 15 in Paris, and ended in failure after only four days. On March 18, the two delegations signed two different agreements.

The Kosovo Albanian delegation signed the agreement offered by international negotiators, while the state delegation of Serbia signed its own proposal for a political agreement - the Agreement on Self-Government in Kosovo and Metohija.

Even in the last attempt, on March 22, US Special Envoy Richard Holbrooke failed to convince Slobodan Milosevic, president of the Federal Republic of Yugoslavia, to accept the agreement on Kosovo and on the deployment of foreign troops in the province.

Two days later, on March 24, NATO launched its bombing campaign, which ended after 78 days resulted in the withdrawal of Yugoslav forces from Kosovo and the establishment of a provisional administration of the United Nations in the province.

During the entire course of the talks in France, the two delegations were only once together at the same table, with then US Secretary of State Madeleine Albright sat at its head.