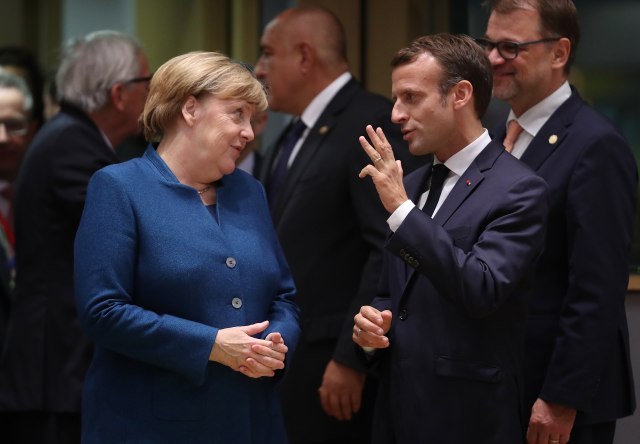 “We demand safe, free and unimpeded transit for all ships through the Kerch Strait and the immediate and unconditional release of all illegally detained Ukrainian seafarers,” Merkel and Macron said in a joint statement quoted by Reuters.

Russia last month seized the vessels and their crew, stressing that they had violated the country's territorial waters, which Ukraine denies.