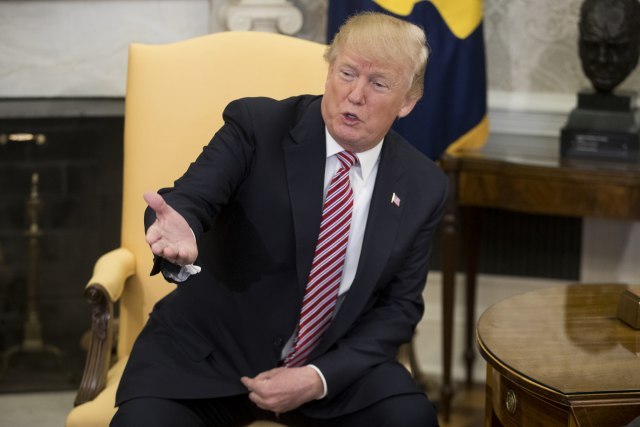 The letter, dated December 14, "stressed that the unique opportunity to reach a solution for Kosovo should be seized."

According to Tanjug, it reads as follows:

It was a pleasure to see you in Paris during the Armistice Day celebration. The United States values your leadership, especially in securing the full normalization of relations with Kosovo.

As you enter the final phase of reaching an agreement with Kosovo that will bring long-sought peace to the region, I encourage you to seize this moment and to exercise the political leadership in making decisions to balance the interests of both countries. It would be extremely regrettable to miss this unique opportunity for peace, security and economic growth.

I also urge both parties to reach a normalization agreement as soon as possible and to refrain from actions that make one more difficult to achieve. A peaceful, productive relations between Serbia and Kosovo would be a milestone for the region. The United States stands ready to assist.

An agreement between Serbia and Kosovo is within reach. I look forward to hosting you and President Hashim Thaci in the White House to celebrate what would be an historic accord."

Trump sent a similar letter to Kosovo President Hashim Thaci, which Thaci published on Facebook earlier in the week, reading, among other things - "I urge you and the leaders of Kosovo to seize this unique moment, speak with a unified voice during the peace talks, and refrain from actions that would make an agreement more difficult to achieve."

Speaking in Brussels on Wednesday evening, Vucic commented on the issue to say that in his opinion, a solution between Belgrade and Pristina was "not close at hand" - but that Trump's letter showed "the extent of the US interest in reaching such an agreement."