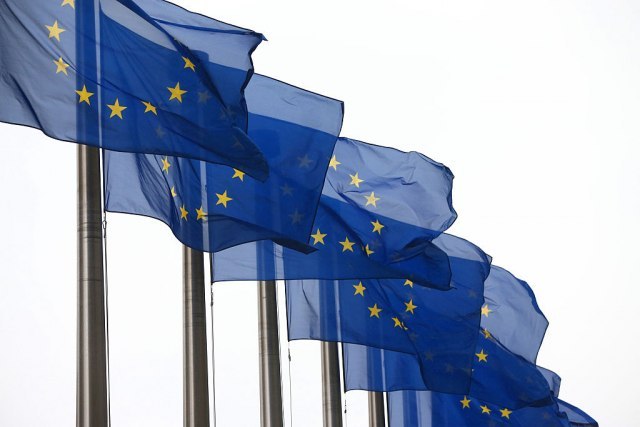 This was announced on Thursday by EU spokesperson Maja Kocijancic.

"The dialogue between Belgrade and Pristina is headed by presidents Vucic and Thaci, with the mediation of High Representative Federica Mogherini, and with the United States an important partner in that process," she said.

Asked by journalists whether the US initiative - whose officials have supported "changing the borders of Kosovo and Serbia" - contradicted the position of the EU Council and was, as such, "more harmful than helpful" to the dialogue - Kocijancic reiterated that the EU has "clear parameters" when it comes to a possible solution in the dialogue between Belgrade and Pristina.

"Work is under way on a legally binding agreement on a comprehensive normalization of relations. This would lead to a permanent solution for the open issues, that must be based on international law, in accordance with EU law and acceptable to all member states," concluded Kocijancic.

The European Commission added that the issue of Belgrade-Pristina dialogue was the topic of discussion between Jean-Claude Juncker and Serbian Prime Minister Ana Brnabic.

Juncker on the occasion "encouraged the continuation of the dialogue" as well as "further regional integration" of the Western Balkans.