Berlin to Pristina: This must be urgently prevented

German Foreign Minister Heiko Maas has urged Kosovo "to rescind, or at least suspend" its 100 percent tariffs on goods from Serbia. 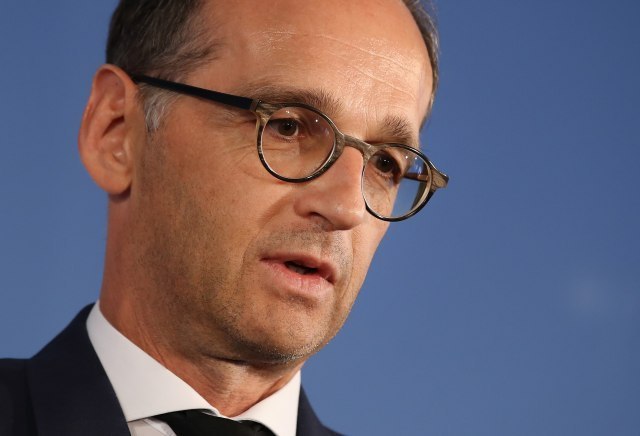 Maas also warned about the danger of further escalation of tensions.

Speaking in Paris at a meeting on curbing the spread of small arms from the Balkans, he said he also regretted the withdrawal of Serb representatives from institutions in northern Kosovo, Tanjug reported on Tuesday, citing Reuters.

A further escalation must be urgently prevented. The successes of the dialogue on normalization must be preserved," said Maas.

The German minister said improved relations would accelerate efforts of Belgrade, Pristina, "and other Balkan countries" to join the EU.

"Instead of thinking about changing borders, Belgrade and Pristina should focus their efforts on a viable agreement that covers all open questions and makes possible a comprehensive normalization," he said.