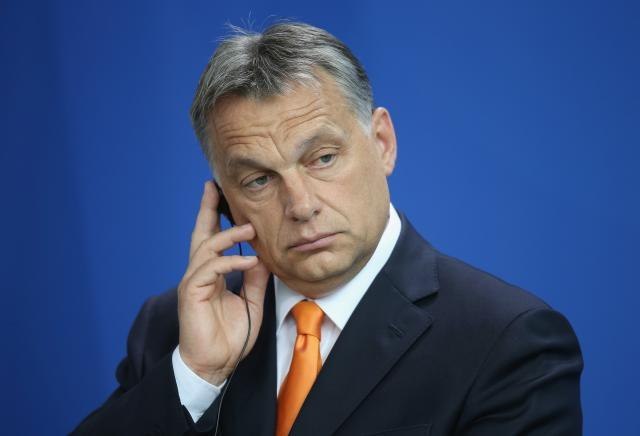 The move is part of a broader strategy to push back against criticism of his hard-line anti-immigration policies.

A video released by Viktor Orban's government is making waves in Hungary. It is an outraged shot fired against the European Parliament, with dramatic music playing in the background. "Do not give in to blackmail!" says the title, "Let's protect Hungary!"

The 25-second clip is Budapest's response to the European Parliament's Sargentini report, approved by a two-thirds majority of the body's members on September 12. The report accuses Hungary of serious rule-of-law violations and serves as the basis for the ongoing Article 7 proceedings against the country.

"The pro-immigration majority of the European Parliament wants to silence us, because we are protecting our home and Europe with a fence," exclaims the video. There are unflattering photos of two European Parliament members, the Dutch Greens' Judith Sargentini and Belgian Liberal Guy Verhofstadt. The background is complete with a blurred shot of the Hungarian-born US billionaire George Soros.

Orban versus the EU

The video is part of the Orban government's ongoing information campaign, running on all pro-government media in Hungary. Government politicians have been making barbed, almost-daily attacks against the supposedly anti-Hungarian leaders of other European Union states. Above all, they have focused on French President Emmanuel Macron and German Chancellor Angela Merkel. Orban has personally accused Merkel of wanting to wrest Hungarian border control away from his government. His chief historian, Maria Schmidt, has written that the chancellor wants to complete the plans of Kaiser Wilhelm and Adolf Hitler for the Germanization of Europe.

The campaign's unprecedented aggression conceals that the Sargentini report and the Article 7 proceedings actually come at an ideal time for Orban, and fit perfectly into his political strategy. Orban's stated long-term goal is an EU that functions purely as an economic union — one in which matters of values and rule of law are left up to the individual member states to decide. To that end, Orban has been successfully using the issue of migration in domestic election campaigns to consolidate his power. It is a dominant social issue in the country, and one where he believes he can score political points for years to come.

Keeping on message, Orban has presented the EU's debate over the condition of the Hungarian constitutional state as "Brussels' revenge" for his migration policy. The danger of migration, trumpeted by Orban, will also be at the center of Hungary's European Parliament election campaign; the prime minister hopes that, as he puts it, the "left-leaning liberal, pro-immigration" majority of the MEPs will be voted out.

Formally, Orban and his Fidesz party are campaigning in the European elections as members of the center-right European People's Party (EPP). Orban insists that his party remain an EPP member and wants to rally the alliance around his strict anti-immigration policy. At the same time, the debate within the EPP regarding Fidesz's expulsion has stalled.

In practice, however, Fidesz will be campaigning in the European elections in solidarity with other right-wing populist and nationalist factions in Europe. Nearly every party from this camp has extended offers to cooperate, from the Freedom Party of Austria to the Italian Northern League. Orban has also announced that in the event of Fidesz's expulsion from the EPP, he would like to forge an anti-immigrant coalition. He also maintains good personal contacts with far-right political leaders such as Geert Wilders, Steve Bannon and Matteo Salvini.

Pushing back on Article 7

In the meantime, Orban has already scored a small victory against Brussels: The largest governing parties among Hungary's fellow Visegrad Group states of Poland, the Czech Republic and Slovakia have announced that they will not support the Article 7 proceedings against Budapest. Similar decisions might also be made in Romania, Bulgaria and Croatia; a significant proportion of the MEPs from these countries voted against the Sargentini report. Poland is already being confronted with Article 7 proceedings of its own, and fears of similar cases aren't unfounded in other countries, including Romania.

But Orban knows that the Article 7 case against Hungary is virtually hopeless, as the sanctions and the withdrawal of voting rights would require consensus in the European Council. This is just as unlikely for Poland as for Hungary. Nevertheless, it would be a big success for Orban if the effort were to fail now, in its initial stage, due to a lack of the four-fifths majority in the European Council required to start the proceedings. For this, at least six countries would have to vote against the move. It's unclear how likely that is to happen, but if it does, Orban may well have blocked the EU's efforts, dating back to 2010, to bring Hungary back into the fold on the rule of law. It would be the most important milestone yet in his fight against Brussels. 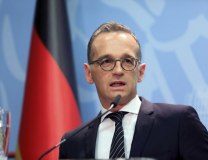