Flags of Serbian province, party seen at demo in Barcelona

Apart from numerous Catalan flags, several flags of the Serbian province of Vojvodina and the LSV party were spotted in Barcelona on Tuesday. 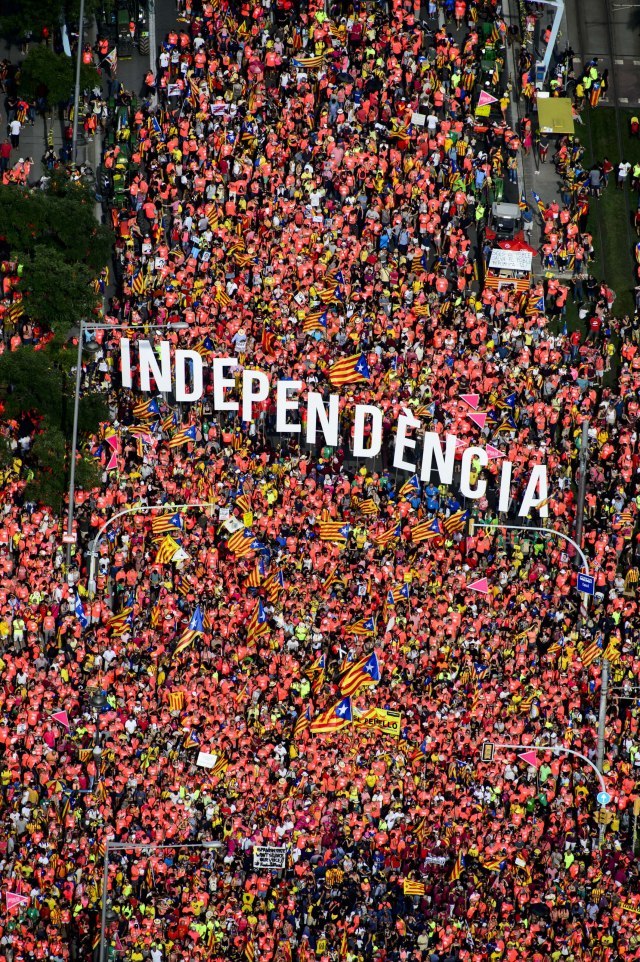 The demonstration was organized on the occasion of the National Day of Catalonia.

From the LSV, an opposition Serbian party, Beta agency was able to confirm that their delegation led by Secretary-General Bojan Kostres was in Barcelona.

They traveled to the capital of Catalonia at the invitation of the ERC party and along with them the officials of the European Free Alliance (EFA) in the European Parliament, the LSV said,

Demonstrations were organized to support political prisoners and to recognize the referendum on Catalonia's independence from Spain.

Since 2012, hundreds of thousands of citizens have been demonstrating for an independent state each year.

On October 1, Catalonia wants to decide on its independence in a referendum, which the Spanish Constitutional Court has deemed illegal in an urgent procedure.

Despite a sharp opposition from the opposition and the Spanish government, the Catalan parliament adopted a law necessary on Wednesday to hold a referendum.

The Spanish State Prosecution, with the help of the police, seeks to prevent preparations for the referendum and threatens lawsuits over disobedience, abuse of office and spending of public funds.