The International Residual Mechanism for Criminal Tribunals has accepted the request by Ratko Mladic's defense to exclude three judges from the appeals process. 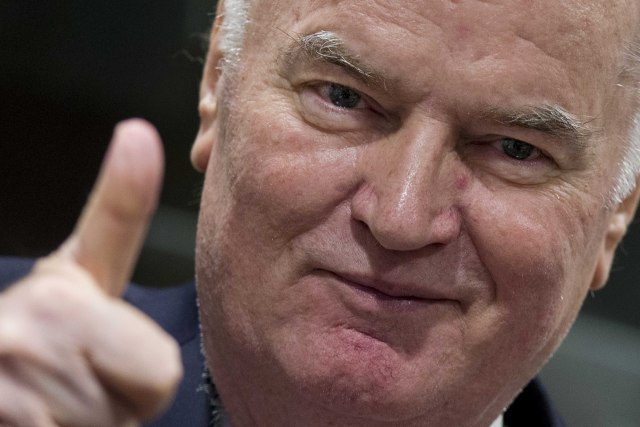 Mladic, a military leader of Serbs in Bosnia-Herzegovina during the 1992-95 conflict, was previously found guilty on war crimes and genocide charges and sentenced to life in prison - a ruling that both Mladic and the prosecution have appealed against.

Those disqualified by Judge Jean-Claude Antonetti's decision include Mechanism's President Theodor Meron, as well as Carmel Agius and Liu Daqun.

The three leading judges of the former Hague Tribunal (ICTY), succeeded by the Mechanism, have been excluded from the second instance proceedings due to the "appearance of bias" in the case.

They will be replaced in the appeals process by Mparany Mamy Richard Rajohnson, Prisca Matimba Nyambe, and Gberdao Gustave Kam.

Judge Antonetti's decision, announced on Tuesday, effectively accepted the argument of Mladic's defense that Meron, Agius, and Daqun were biased because they participated in the passing of earlier ICTY judgement that found officers subordinate to Mladic guilty on charges of genocide and other crimes committed in Srebrenica in 1995.

The defense argued that with these earlier rulings Meron, Agius, and Daqun in advance established the guilt of Mladic himself, and made conclusions about the general's role and responsibility.