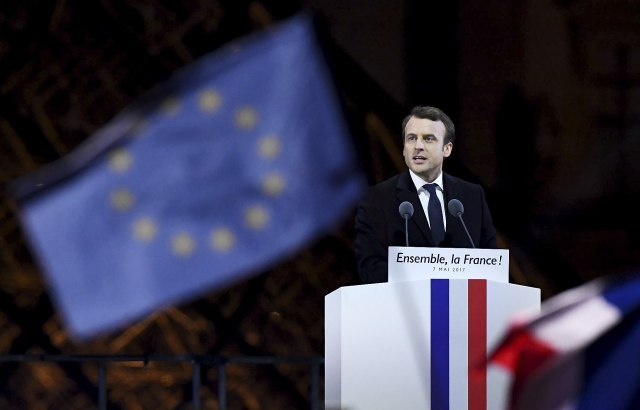 The key of these, "the heart of the reactor," would be a palpably strengthened eurozone with Germany and France as the backbone.

In the second circle would be EU members "in a strong single market, somewhere between the wider EU and the eurozone" who, if they wanted to, and made economical and political progress, could enter the euro zone with a special budget and a stronger political structure.

The widest circle would be "a union of values, democratic principles and economic freedoms" - somewhere between the EU and the Council of Europe, which would be much less integrated, and could include Russia and Turkey, "but such that these countries adopt and strictly respect European democratic values," Macron said in Lisbon during a meeting with President Antonio Costa and the country's political elite.

Russia and Turkey could have seats in this widest circle, although they do not have to be members, but instead enjoy "close association agreements", the French president explained.

Lisbon was the first stop in Macron's tour of EU states, organized with the goal of explaining and gaining support for his ideas about a reformed, economically, politically and defense-wise strengthened EU, in order to overcome the current crises and challenges, including the uncertainty and suspicions regarding continued Europe-US strategic alliance.

Macron did not explicitly touch on the possibility and prospects of new members joining the EU, but was in fact explaining his highly-noted program speech on the necessity of economic, defense and political reorganization of the Union from September last year.

The French president indirectly reiterated the view that before the EU is strengthened, repair its ranks and preempt the crises that affect or might affect it, it cannot receive new members from the Western Balkans.

In Lisbon, a period of 10 to 15 years has been mentioned for future EU reforms, which means that enlargement may have to wait as long. EU Commissioner Johannes Hahn previously remarked that 2025 as the year Serbia and Montenegro might join the EU was "too ambitious."