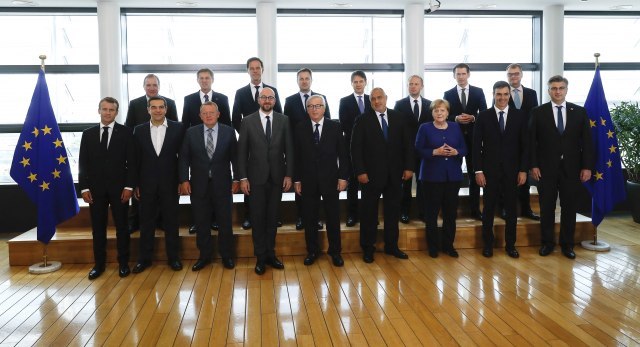 This happened at the "mini-summit" in Brussels on Sunday, which brought together 16 EU members trying to find "a European solution" to the migrant problem.

Encouraged by the agreement with Turkey that has reduced the flow of migrants to Europe, EU leaders are now considering the possibility of opening centers in Algeria, Egypt, Libya, Morocco, Niger, Tunisia, and Albania.

French President Emmanuel Macron is quoted as saying that "the method we are going to adopt" would involve "working together vis-a-vis the countries of transit and origin outside the European Union."

Prime ministers of Denmark, Belgium, and Luxembourg supported the idea of setting up reception centers outside the EU, but stressed the need to respect international law.

However, Greek PM Alexis Tsipras expressed "serious reservations" toward the plan. Instead he would like to see "a revision of the European asylum system, strengthening of reception centers inside the EU, support for transit countries, and replacing EU's Forex border service with stronger European coastguard and border police forces."