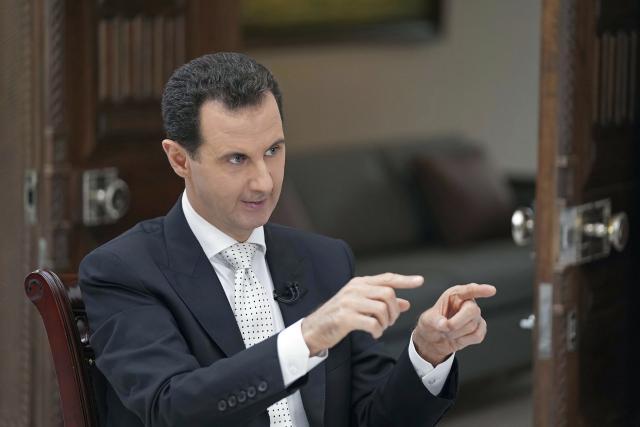 According to him, Russia last month deterred a larger-scale Western attack on Syria. The president believes that Damascus is close to winning the seven-year war, despite continued "US interference."

“They came to Iraq with no legal basis, and look what happened to them. They have to learn the lesson. Iraq is no exception, and Syria is no exception. People will not accept foreigners in this region anymore,” Reuters quoted Assad as telling RT.

The government had started now opening doors for negotiations with the SDF, who control northern and eastern areas of Syria where US forces are deployed.

“This is the first option. If not, we’re going to resort to... liberating those areas by force. We don’t have any other options, with the Americans or without the Americans. The Americans should leave, somehow they’re going to leave," Assad said.

As for US President Donald Trump calling him "an animal," Assad said: “This is not my language, so I cannot use similar language. This is his language. It represents him, and I think there is a well-known principle, that what you say is what you are.”

The Syrian president also said that Moscow has played a role in restraining Washington’s influence and meddling in the region since September 2015.