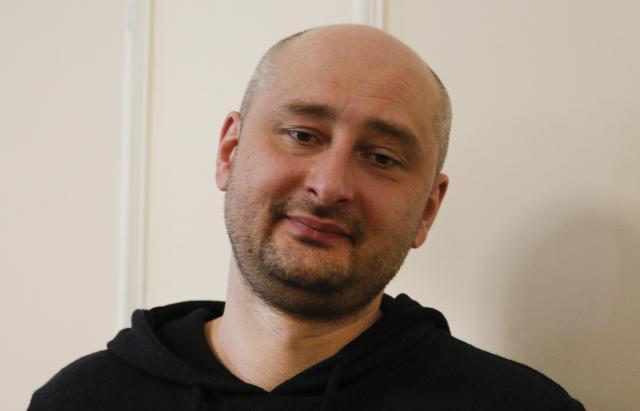 Previously, media around the world reported that Babchenko had been "shot and killed" in Kiev, Ukraine.

Babchenko has been described as a critic of the Kremlin. And after his reported "death by shooting" on Tuesday, he showed up for a news conference on Ukraine's TV on Wednesday.

Ukraine's intelligence service chief Vasyl Hrytsak explained that "the murder" had been staged - "in order to flush out Russian agents."

The purpose of this exercise has been - according to reports as of Wednesday afternoon - to "expose Russian agents."

"Based on the information forwarded by Ukrainian services, the murder of Russian journalist Arkady Babchenko has been ordered by Russian security services themselves," Hrytsak is quoted as saying on Wednesday.

Babchenko's "corpse" was reportedly found "bloodied" by his wife at the entrance to their apartment - after he had been "shot several times in the back" - and then, he allegedly "died in a local hospital."

According to reports as of late on Wednesday - "the journalist had not told his wife it had all been staged."

And for her, he on Wednesday had "special apologies." However, Babchenko did not clarify how precisely the hoax had been set up, and carried out.

Babchenko left Russia in 2017 - after he received death threats on social media.