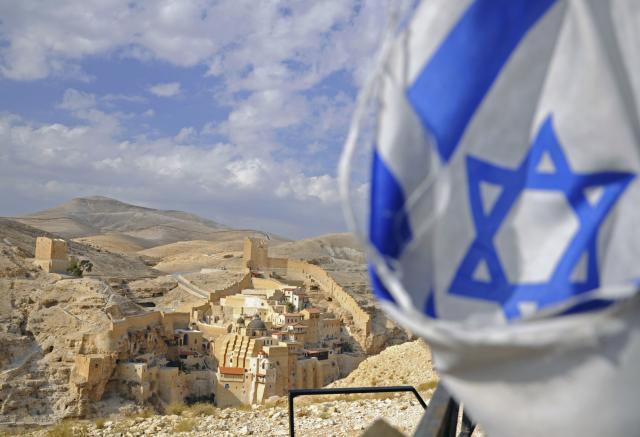 Author Michael Freund writes that Croatia is "home to perhaps one of the largest, most pervasive and troubling revivals of neo-fascism in recent decades" in all of the EU.

"Despite the movement’s growing and vociferous presence in Croatian public life, and the threat this poses to stability in the Balkans and beyond, Western and European officials have done little to condemn this worrisome trend," the article said, citing "the shocking event that took place on May 12, when thousands of Croats gathered in the Austrian town of Bleiburg for an annual ceremony in memory of Croatian Nazi collaborators and sympathizers who were killed there at the end of World War II," as an example.

Freund then cites Croatian Parliament Speaker Gordan Jadronkovic, who was at Bleiburg this year, as saying, "Today, we are paying our respect to the victims, civilians as well as soldiers."

Behind that seemingly bland statement, the author continues, "is a chilling admiration for the murderous pro-Nazi Ustashe movement, whose 'soldiers' butchered tens of thousands of Jews, Serbs and others during the war."

Croatia's website Index cites parts of the Jerusem Post article, including that "honoring the memory of the Ustashe’s fallen 'soldiers' is an act of moral depravity, one that seeks to whitewash the crimes of a vicious wartime regime that left a legacy of brutality and bloodshed."

Freund stresses that it is "simply disgraceful" that Croatian authorities and the Catholic Church in Croatia "actively participate in this event each year - and it is no less deplorable that the Austrian government allows it to take place."

Croatia has never come to terms with what it did during World War II, he continues - referring to the heritage of the Independent State of Croatia (NDH), a Nazi-allied entity - and instead "persists in viewing itself as a victim rather than a perpetrator."

"Worse yet, there has been a rising tide of nostalgia for the Ustashe in contemporary Croatia, with open expressions of neo-Nazism and fascism occurring regularly," the article said.

And "while some Croatian leaders have publicly condemned the Ustashe, they have done little to quell the rising tide of neo-fascism in the country, nor have they taken practical steps to educate the next generation about the true nature of the nation’s behavior during the Holocaust."

Freund observes that Croatia's EU membership has had an expected "tranquilizing effect on the undercurrents of antisemitic and anti-Serb extremism and hatred that pervade much of Croatian public life."

"Thanks in part to the silence and inaction of the EU on this issue, the fascist threat is once again rearing its ugly head in the Balkans," the article concludes.