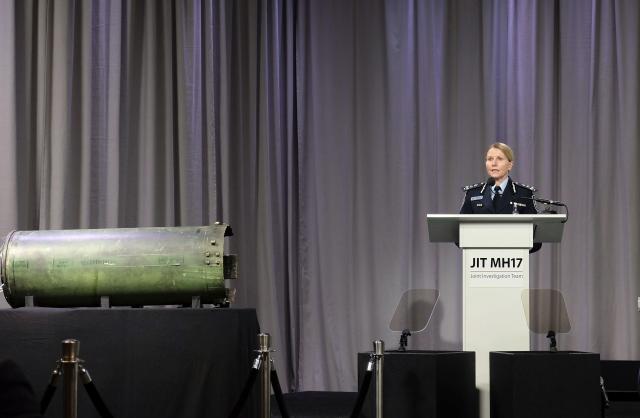 The Defense Ministry announced on Friday that the Dutch are also suppressing information about those who handed the engine over to the investigators.

It added that the Dutch investigators could have glossed over the source of origin of the missile engine because it could belong to Ukraine's armed forces, Sputnik is reporting.

"After 25 years of operation, all missiles of the Buk systems are subject to decommissioning and disposal, and further use of these products... poses a direct threat to the life of servicemen. The maximum lifetime of the missile, the engine from which was demonstrated by the Dutch commission last Thursday was 2011 (1986+25), after which all the missiles produced that year were seized, decommissioned and sent for disposal," the ministry said.

No new anti-aircraft missiles were supplied to Ukraine, which has about 20 battalions of Buk missiles systems since 1991, the ministry said, adding that a special number of the missile allegedly used to down the aircraft shows that it was produced in the Soviet Union in 1986.

MH17 was en route from Amsterdam to Kuala Lumpur, carrying 298 passengers, all of whom, including the crew, were killed when the plane crashed in Ukraine's region of Donetsk on July 17, 2014.

Russia has repeatedly pointed out to the biased nature of the investigation, that has ignored Russian arguments and based its conclusions exclusively on data provided by Ukraine.

Russia's Almaz-Antey company, which developed the Buk missile system, rejected the findings, saying that three simulations showed that the missile was launched from the Zaroshchenske area, which was controlled by the Ukrainian army at the time of the downing, Sputnik said.

Australia and the Netherlands have officially accused Russia of being responsible for the downing of the plane.